An Evening of Texas Troubadours” at the Cinema Arts Centre 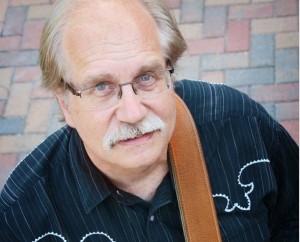 Brian Kalinecis an award-winning, Houston-based Americana/folk singer-songwriter whose 2012 release, The Fence — a collection of descriptive and poignant (yet musically accessible) stories in song that relate to the value of work and or effort in one way or another –  has charted on radio in the U.S. and Europe.

Kalinec’s East Texas roots have combined with his urban experiences in Houston to form his own particular view of the world, which is reflected in his songs. “While I feel a strong connection to each of the album’s 11 original songs, I have special empathy with the characters who find themselves in dire situations through no real fault of their own, as in ‘Stranger in this Line’ and ‘Creosote’,” says Kalinec. “It is also quite obvious that I value hard work,” he continues, noting that both “The Fence” and “Uncle Joe” celebrate the spirit of self-reliance. “However, we are each morally responsible to aid the less fortunate among us. I believe that is the true message here.”

Kalinec is past president of the venerable Houston Songwriters Association and co-produced its annual Sonny Throckmorton Songwriters Festival during the 1990s. He was a winner in the Big Top Chautaqua Song Contest (2008) and took second place this summer in the Connecticut Folk Festival Song Competition. A recipient of the “My Texan” Award at the 2012 Texas Music Awards for his support of the music and musicians of the state, Kalinec has produced a number of projects for other artists in addition to his own CDs. (www.briankalinec.com). 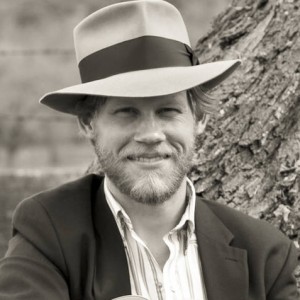 Jarrod Dickenson is a Texas-born songwriter whose slightly spooky melodies and lyrics evoke a mid-Western post-war America, when cars ran on leaded gas, television hadn’t yet kidnapped the country’s imagination, and men wore hats every day. His reflective lyrics, almost like hand-written letters, remind us that human stories of lost love, sudden fortune, and abiding mystery transcend the decades…and nothing is better or worse right now than it’s ever been.

Dickenson’s 2012 release, The Lonesome Traveler, is a panoramic collection of songs penned and performed with uncommon spirit and invention. He chronicles romance and struggle, solitude and adventure in a rough-hewn voice that belies his relatively brief time on this earth.

Although he recently moved to Brooklyn, Dickenson spends most of his time on the road touring throughout the U.S. and Canada. No Depression described his songs as “simply breathtaking” and noted that his “world weary voice and phrasing… will win legions of admirers in the very near future.” The grand prize-winner at the annual Belfast Nashville Songwriters Competition a few years ago, he performed as part of the Emerging Artists Showcase at this summer’s Falcon Ridge Folk Festival. (www.jarroddickenson.com).

Established in 1973, the Cinema Arts Centre in Huntington (www.cinemaartscentre.org) seeks to bring the best of cinematic artistry to Long Island and use the power of film to expand the awareness and consciousness of our community. Long Island’s only not-for-profit, viewer-supported, independent cinema presents a wide array of films that are often accompanied by discussions and guest speakers.  Now in its 44th year, the Folk Music Society of Huntington (www.fmsh.org) presents two monthly concert series, amonthly folk jam and sing-along, and an annual folk festival in conjunction with the Huntington Arts Council.