The Dix Hills Fire Department and Suffolk Police responded to a crash after a Mazda sedan struck a parked abandoned boat on the South Service Road of the Long Island Expressway east of Deer Park Avenue, Tuesday night, November 20, at about 8 p.m. The force of the crash knocked the boat off its trailer and the car overturned and landed upright. The male driver of the car suffered minor injuries and was transported to Good Samaritan Hospital by the Dix Hills Rescue Squad.  An ambulance and heavy rescue truck were on the scene, under the direction of First Assistant Chief Tom Magno. 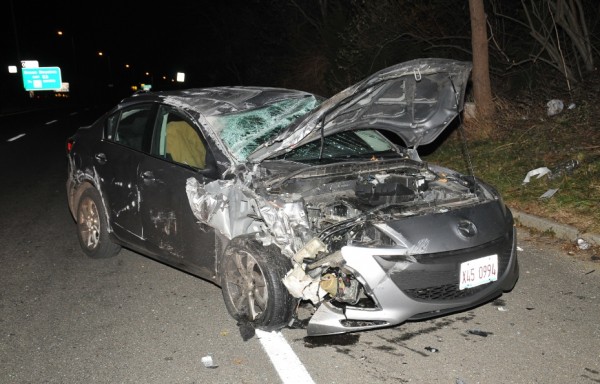 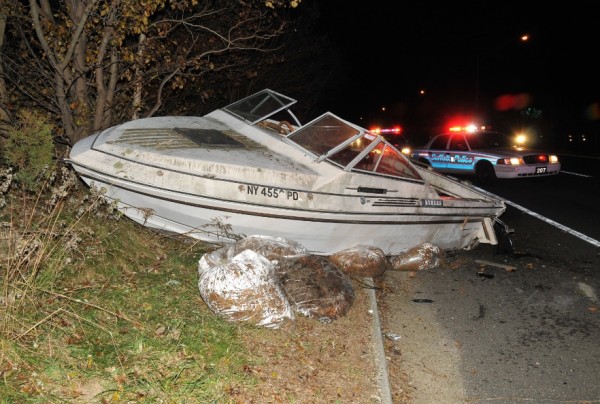