The Huntington Manor Fire Department and Suffolk Police responded to a collision involving a classic 1972 Ferrari coupe and a Hyundai Santa Fe on West Jericho Turnpike, west of Oakwood Road in Huntington Station, on Sunday, November 25, at around 11:30 a.m.

Two male adults and a young child were transported to Huntington Hospital with non-life-threatening injuries by the Huntington Community First Aid Squad. Firefighters used the “Jaws of Life” tools to remove a door from the Hyundai and free the driver. About 40 Huntington Manor firefighters were on the scene with two engines, two heavy rescue trucks and fire police, under the command of Assistant Chiefs Fred Steenson, Jr., Frank McQuade, and Mike DePasquale. The First Aid Squad was on the scene with three ambulances, led by Deputy Chief David Mohr. 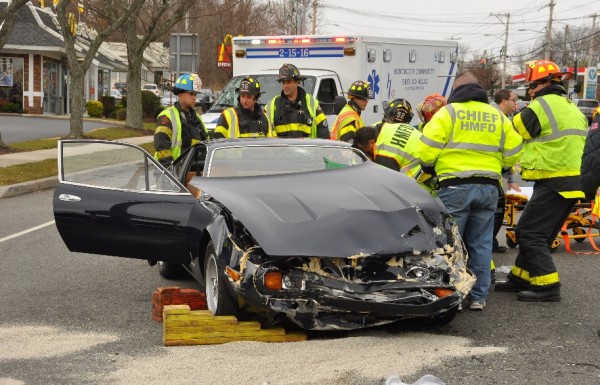 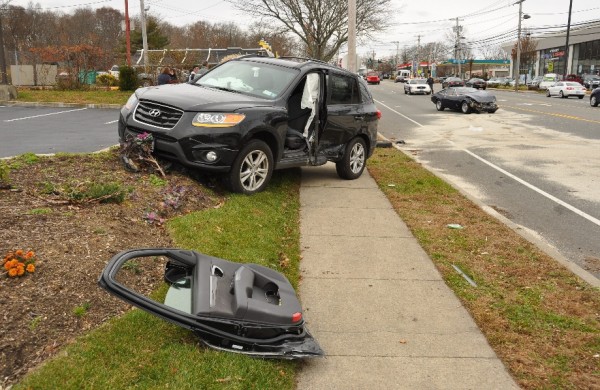 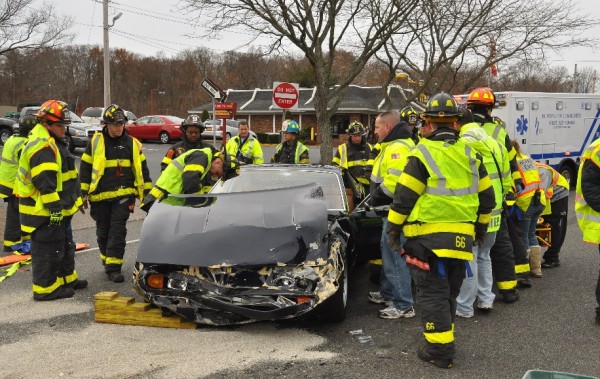