Dodgeball for a Cause in Elwood

December 1, 2012 8:46 am | Filed under: Elwood School District,News | Posted by: The Huntingtonian Staff 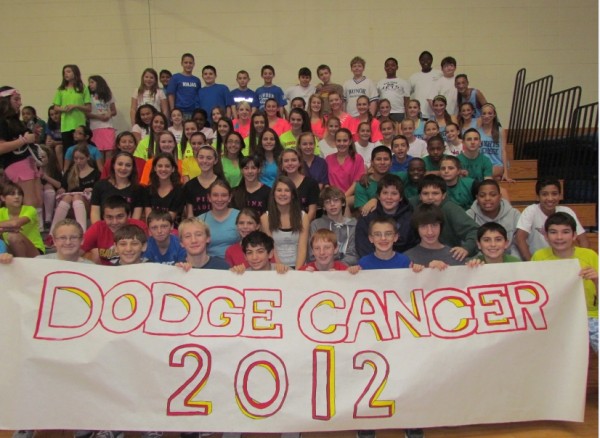 Students of Elwood Middle School united in support of a good cause and had a great time doing it! Over 300 students took part in the school’s popular “Dodge Cancer” fundraising event benefiting members of the Elwood community who are directly affected by the disease.

Every participant contributed a $10 donation, allowing them and their teammates to take to the courts for several rounds of dodgeball. Student-athletes from Elwood John H. Glenn High School volunteered to serve as referees in the friendly competition.

Students raised approximately $5,000 for families in the community that are impacted by the disease.

Photo: Students of Elwood Middle School took part in the annual Dodge Cancer fundraiser, raising approximately $5,000 for families in the Elwood community that are impacted by the disease.