The Greenlawn Fire Department responded to a roof fire at the Oak Tree Dairy at 544 Elwood Road at 9 a.m. on Weds., December 26. Greenlawn FD dispatched three engines, a heavy rescue truck, ladder truck, and three ambulances. Mutual aid was provided by the Commack, East Northport, and Dix Hills FD’s at the scene for ladder trucks and a Rapid Intervention Team. Huntington Manor and Centerport FD’s stood by with an engine and ambulance at Greenlawn’s headquarters during the alarm. Approximately 75 firefighters were at the scene and had the fire quickly controlled, under the command of Greenlawn Fire Chief Scott Dalrymple. The Huntington Fire Marshal and Suffolk Police Arson Squad are investigating. The Dairy was the scene of a major fire that ripped through the facility on October 7, 1997. 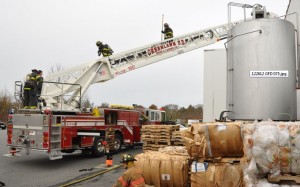 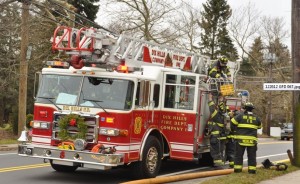 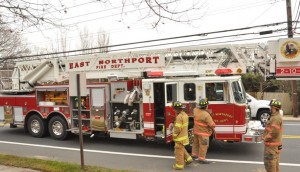 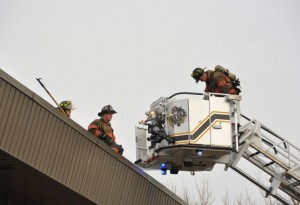