Five occupants in the house safely evacuated the home uninjured before units arrived. Cold Spring Harbor Rescue Squad EMT’s attempted to resuscitate two pet cats that were removed by firefighters, but they perished. Fifty firefighters were on the scene with eight trucks, and quickly had the fire controlled, under the command of Chief Chris Ingwersen, supported by Assistant Chiefs Bob Hahn and Dan Froehlich.

The second floor and attic of the house suffered extensive damage. The Suffolk Police Arson Squad and Huntington Fire Marshal are investigating. “The crews did an amazing job of knocking down the fire and saved the structure,” said Chief Chris Ingwersen. “It shows that the training we do pays off when its time to go to work.” 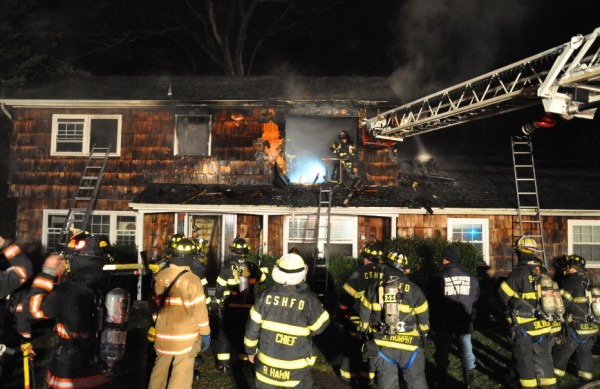 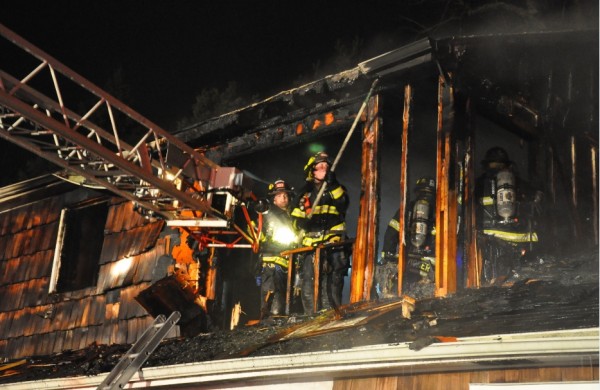