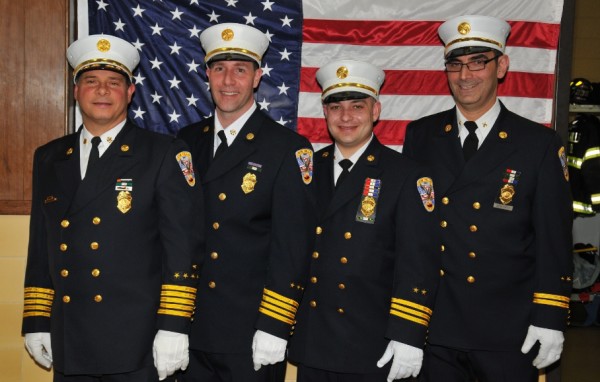 Photo below: – Dix Hills Fire Department Chief Thomas Magno, right, takes the oath of office from Board of Fire Commissioners Chairman Philip Tepe, left, at the installation of officers. 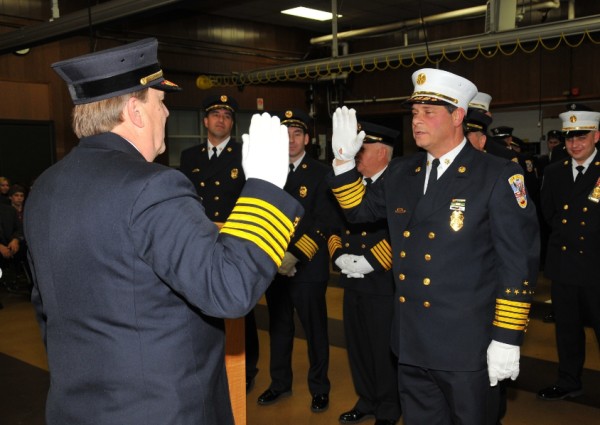 Photo below – Outgoing Chief Richard Granahan of the Dix Hills Fire Department is presented with a Proclamation by Suffolk County Legislator Steve Stern, on behalf of County Executive Steve Bellone. Granahan was recognized for his dedicated service and leadership as Chief from 2011-2012. From left, are Assemblyman Chad Lupinacci, Chief Thomas Magno, Richard Granahan holding his son Thomas, who is five-years-old, and Legislator Steve Stern. 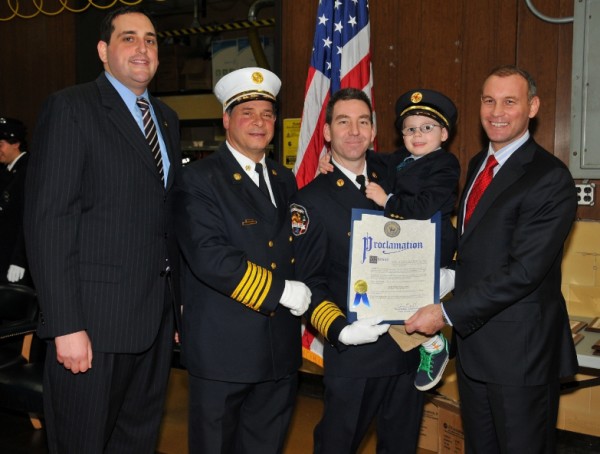