“On Saturday January 19th,  a major, unbelievable, successful,  pro-Constitution and pro Gun Appreciation Day rally sponsored by the Conservative Society for Action (CSA) tea party group was held at the corner of Jericho Turnpike and NYS Route 110 between 12:00 noon and 3:00 pm.  Over 350 individuals,  attended the 3 hour long Rally in spite of the cold weather.  There were hundreds of extremely well behaved citizens (Men and Women, Young and Old) with signs at all four corners of the intersection.  People attended who believe in Freedom of Religion, Freedom of Speech, Gun Rights and the sanctity of our American Constitution and its associated Bill-of-Rights.

Many people at the rally voiced appreciation for our Republican Assembly-man Andy Raia who voted against Cuomo’s ramming thru his recent, emotional, ill-thought out, un-constitutional Anti-gun bill.  All are demanding that both the New NYS anti-Gun Law and Obama’s executive orders be immediately repealed! These acts were not the proper way to amend the US Constitution. 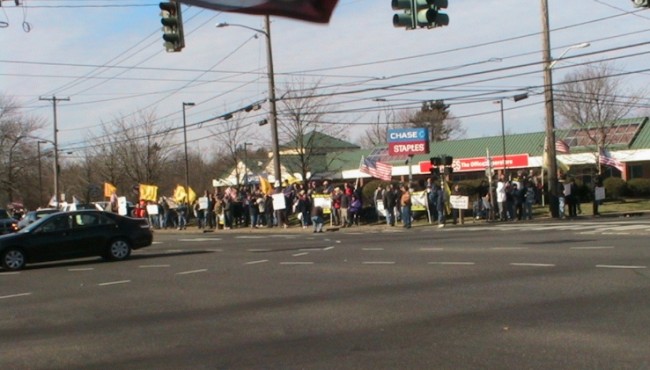 3 Responses to Letter To The Editor: Gun Appreciation Day