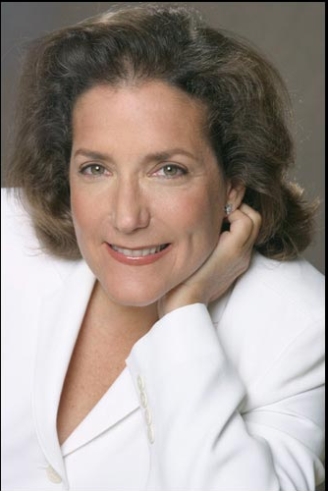 Grammy award-winning songwriter Julie Gold graces the stage at the Congregational Church of Huntington (30 Washington Drive, Centerport) on Saturday, Feb. 2, when the Folk Music Society of Huntington presents her as part of its monthly First Saturday Concerts series. Tickets are $25 ($20 for FMSH members). They may be securely ordered online at www.fmsh.org or purchased at the door. For more information, visit the website or call (631) 425-2925.

Julie Gold is a New York songwriter with four CDs to her credit, but is best known for Bette Midler’s version of her song “From a Distance,” which won the Grammy Award for Song of the Year in 1991. That song has gone on to receive several-million airplays. In addition to being recited into the Congressional Record; it has been recorded internationally and translated into many languages. Also illustrated as a children’s book and mass-produced in music boxes; “From a Distance” was used as the wake-up call for astronauts in the Mir Space Station the very first time the Americans hooked up with the Russians in outer space.

Although myriad artists have recorded “From a Distance,” Nanci Griffith was the first to do so. Griffith has also covered Gold’s songs “Heaven,” “Southbound Train,” “Good Night New York,” “Mountain of Sorrow” and “Love is Love is Love.” Gold’s Emmy-nominated lyric “We’re 4 New York” ran on the WNBC-TV for years. Her song “Thanks To You” was featured in the motion picture Andre, while “Dream Loud” was featured in Unfaithful and is also a favorite song of The Girl Scouts of America. Gold delights in the fact that she was paid in Girl Scout cookies for that transaction.

For several years in the early 1990s, Gold was part of the Four Bitchin’ Babes with Christine Lavin, Megon McDonough and Sally Fingerett. She has served on the Board of Governors for NARAS (The Recording Academy) and is a guest artist for Lincoln Center’s prestigious Meet the Artist series. She is currently writing songs for an Oxford University Press series that teaches English to elementary school children all over the world. An immigrant’s daughter, she sees this as her most meaningful endeavor to date.

Now in its 44th year, the Folk Music Society of Huntington presents two monthly concert series, a monthly folk jam and sing-along, and an annual folk festival in conjunction with the Huntington Arts Council.  Long Island-based singer-songwriters Cathy Kreger and Steve Robinson are the featured performers during the next Hard Luck Cafe at Huntington’s Cinema Arts Centre on Thursday night, Feb. 21.