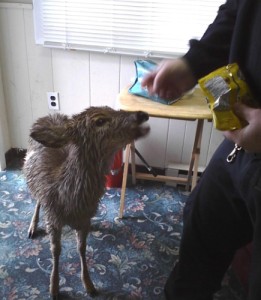 Marine Bureau Police Officers Robert Femia and Peter Bogachunas were on their way back to Davis Park Marina on Marine Mike when they noticed a deer in the water approximately 30-yards from shore at 1:04 p.m. The officers pulled the baby deer from the water, which was seven to eight feet deep, onto the boat and covered it with a blanket. The deer was not moving and appeared to be in shock.

Upon docking, the officers began to dry the fawn off. A family of deer came over and started to lick the baby deer and it slowly started to move around. The officers guided the injured deer to the police booth and fed it popcorn. The deer became more alert and ran off with the other deer.

Editor’s Note: Even though this story did not happen in Huntington, we simply could not resist. 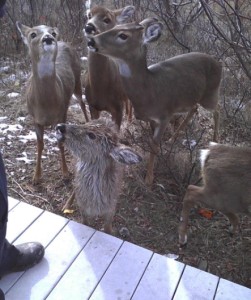 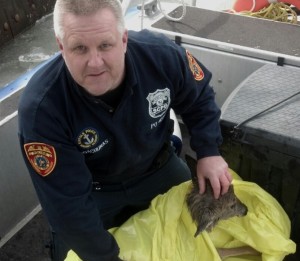