February 13, 2013 6:07 am | Filed under: Around Town,Huntington Station,News | Posted by: The Huntingtonian Staff 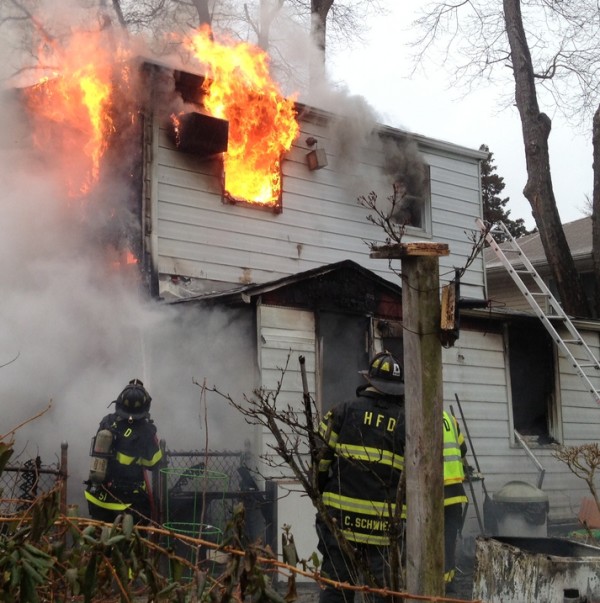 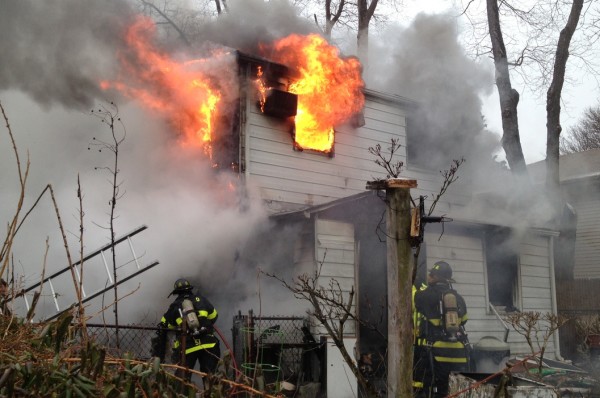 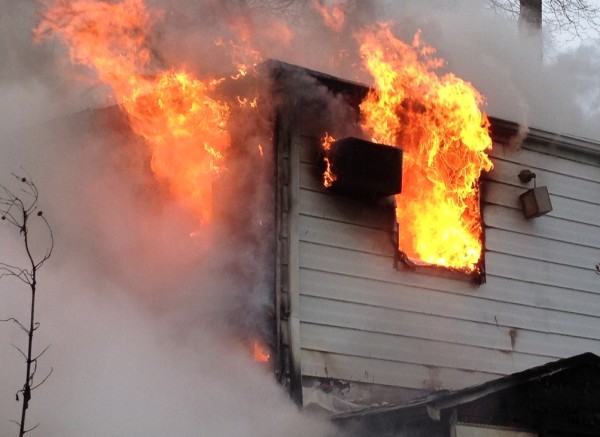 Just as the Blizzard started and snow began to fall on Friday morning, February 8, the Huntington Manor Fire Department responded to a raging house fire on Ninth Avenue near Craven Street in Huntington Station.  First arriving firefighters found heavy fire on arrival, as flames spread from the kitchen up to a second floor bedroom of the two-story wood frame house.  Three hose lines were put into operation, but firefighters encountered difficult access due to a boarded up bedroom and “Collyers Mansion” conditions in the home.  Firefighters were able to breach a wall into the bedroom and extinguish the blaze.  The Huntington and Greenlawn FD’s assisted, with EMS stand by from Huntington Community First Aid Squad.  An 80-year-old woman safely evacuated the home with the assistance of police.  About 60 firefighters battled the blaze using five trucks, and had the fire controlled within 1-1/2 hours. Units were under the command of First Assistant Chief Frank McQuade with interior operations handled by Third Assistant Chief Jon Hoffmann.  Three Huntington Manor firefighters suffered injuries fighting the fire. One fireman sustained a lacerated wrist and was transported to Huntington Hospital, where he received stitches and was later released. The other two firefighters were treated at the scene for debris in the eye and smoke inhalation.  The cause of the fire is under investigation by the Suffolk Police Arson Squad and Huntington Fire Marshal.  Chief McQuade praised the firefighters and said “the guys did a great job under very difficult conditions, and all departments worked well together.”