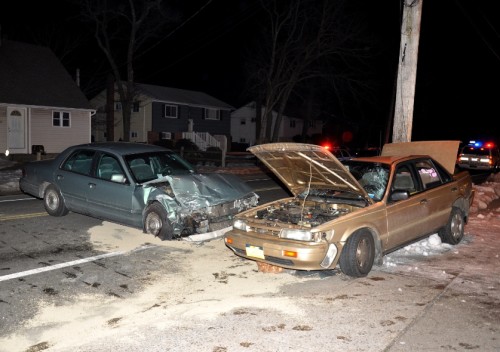 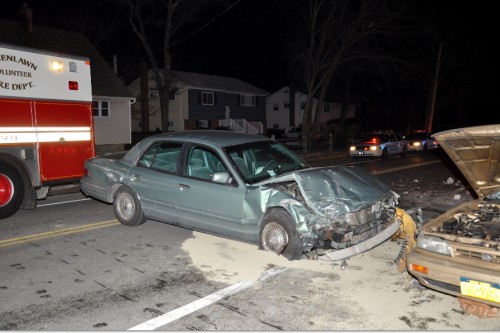 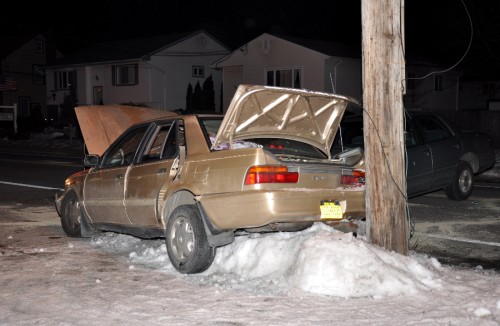 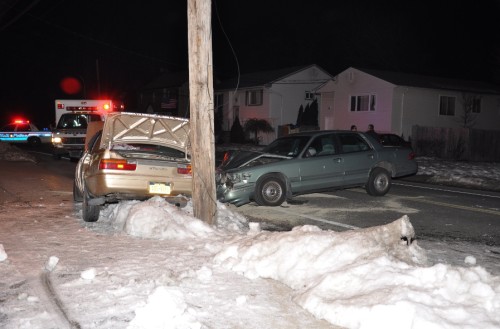 Five people were injured, one seriously, in a two-car collision on Broadway near Rockne Street in Greenlawn, Sunday night, February 17, at about 6:50 p.m. The Greenlawn Fire Department responded to the scene with three engines, three ambulances, and a heavy rescue truck. The Dix Hills Fire Department assisted with an additional ambulance. The Greenlawn and Dix Hills Rescue Squad ambulances transported four patients, including one child to Huntington Hospital. The seriously injured patient was airlifted by Suffolk Police Medivac to the Stony Brook University Medical Center. The Landing Zone for the helicopter was secured by three Greenlawn fire engines at BAE Systems on Pulaski Road.  Fifty firefighters and EMS personnel were at the scene, under the command of Third Assistant Chief Mike Bellis.