The Oscars will be this Sunday, February 24.  The following are predictions of the winners. 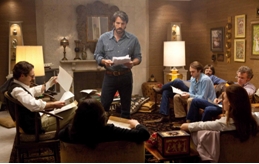 Beasts of the Southern Wild

What will win: Argo

If not, then…: Lincoln

What should win: Les Miserables

In terms of predictions, this one’s a no brainer. A month a go, with Ben Affleck out of the running for best director, Argo was pretty much eliminated from the race. Not since 1989 has a film won best picture without a best director nomination. Yet in the past few weeks, Argo has swept pretty much every single award show it could possibly be eligible for (the Golden Globes, SAGs, DGAs, PGAs, and the BAFTAs.) Although when the nominations first came out, it seemed to be anyone’s game, with the front-runner being Lincoln, now the pick is clear. If Argo doesn’t win, I’d be shocked.

Argo is a solid, well-crafted film which appeals to what the academy looks for in a best picture winner. While not a pick I’d get angry over, my choice is Les Miserables, the most memorable cinematic achievement of last year which, in a decade, will stand out far more than Argo will. It has that raw, honest, emotional element I look for in a big movie like this, which Argo, as wonderful as it is, lacks.

At this point, as far as I’m concerned, the best picture race is between Argo, Lincoln, and Silver Linings Playbook as a possible dark horse candidate. Nobody else even has a chance, and really, nobody but Argo has a chance anyway.

If not, then…: Hugh Jackman, Les Miserables

With a movie like Lincoln, the lead performance can make or break the film, and in this case it was definitely the latter. Lewis pulled it off remarkably well, giving us a performance of the 16th president that made him feel like a man who could exist today. Though I did love Joaquin Phoenix’s performance in The Master, and the fact that the film will go unrecognized makes me sad, it’s a clear choice here. Like Argo, anyone other than Lewis winning this would be a complete shock.

If not, then…: Jessica Chastain, Zero Dark Thirty

This race is far closer than best actor, which Lewis pretty much already has in my opinion. Here, it’s a tight race between Chastain and Lawrence, but I’m betting on Lawrence. She’s the kind of rising star the academy loves to recognize, and her role in Silver Linings Playbook was a perfect way to show off her talents as an actress, balancing drama and comedy.

But my choice is Jessica Chastain, as the take charge CIA operative who made it her life’s mission to hunt down Osama Bin Ladin in Zero Dark Thirty. Chastain gave the character a sense of intensity but managed to portray it in a realistic fashion, never going too far over the top. We get the sense that this is a person who has thrown herself completely and totally into her profession, and Chastain shows us the positive and negative sides to that throughout the film, making her performance one of the standouts of 2012. 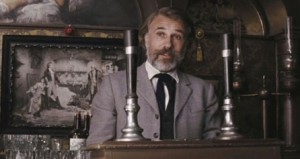 If not, then…: Robert De Niro, Silver Linings Playbook

Who should win: Phillip Seymour Hoffman, The Master

Though Waltz did a fine job in Django Unchained, he wasn’t even the best of the supporting actors in the film. That would be Leonardo DiCaprio who, bafflingly, was not nominated (though he was at the golden globes.) My pick would be Phillip Seymour Hoffmanin The Master, playing a character that really isn’t a supporting role considering he’s the man the film is named after. While Waltz gave us pretty much what we would expect of him in Django, a solid but not overly memorable performance, Hoffman was electrifying as the cult leader Lancaster Dodd in The Master, managing to walk the line between creepily manipulative and genuinely sympathetic. 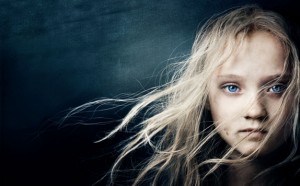 Who will win: Anne Hathaway

If not, then…: Sally Field, Lincoln

Who should win: Anne Hathaway

Unfortunately, this will likely be among the only Les Miserables wins of the night, but Hathaway is probably the most deserving of the cast. Her performance of“I Dreamed a Dream” was absolutely breathtaking, and the highlight of the entire film. Though Sally Field and Amy Adams were both excellent in their respective roles, this is another Daniel Day Lewis situation, where for the rest of the nominees, it isn’t even really fair. 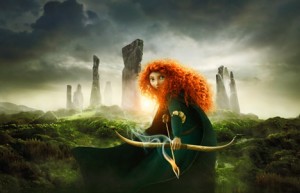 The Pirates! Band of Misfits

What will win: Brave

If not, then…: Frankenweenie

What should win: Wreck-it Ralph

With the animated feature film category, usually it’s another no-brainer: the Pixar movie, and for good reason. Pixar typically puts out the best animated film of the year, without much competition. But Brave, while a solid effort, was not quite up to their high standards, and not the best animated movie of the year. My pick would be Wreck-it Ralphwhich, oddly enough felt like a Pixar movie, where as Brave felt like a Disney movie, where as in actuality it was the other way around.

Who will win: Steven Spielberg, Lincoln

Who should win: Steven Speilberg, Lincoln

Of these nominees, I easily pick Spielberg, although I’d go with Tom Hooper (Les Miserables) if the Academy hadn’t completely screwed up this category, leaving out him, Katheren Bigelow (Zero Dark Thirty), and, most shockingly, Ben Affleck (Argo.) But Spielberg did assemble a very compelling historical film with Lincoln, and is probably the most deserving of these five directors. But I really can’t stress enough how utterly bizarre this entire category is this year. Not since 1989 has a film won best picture without a best director nomination (Driving Miss Daisy), as will happen this year if Argo wins, and I expect it will. 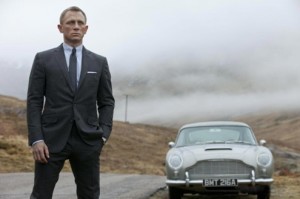 Who will win: Roger Deakins, Skyfall

If not, then…: Claudio Miranda, Life of Pi

Who should win: Claudio Miranda, Life of Pi

Skyfall received a lot of critical acclaim, in part because of the wonderful direction and cinematography by Roger Deakins, who has been nominated for 10 academy awards (though he has never won.) Although the cinematography in Skyfall was far better than it had any right to be, and more memorable than a typical action blockbuster, my choice is Claudio Miranda for Life of Pi, which had some of the most breathtaking imagery I’ve seen in a movie since Avatar, especially with the 3D presentation. If there’s one award Life of Pi deserves to take away, this is definitely it. 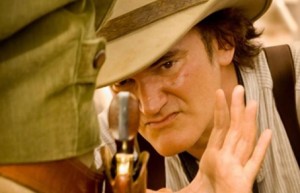 What will win: Django Unchained

If not, then…: Zero Dark Thirty

What should win: Django Unchained

The fact that Quentin Tarantino didn’t win best original screenplay in 2010 for Inglourious Basterds is still shocking to me. The man is without any doubt one of the best writers in Hollywood today, and though Django wasn’t his strongest film, it was certainly a very compelling screenplay, which I could see reading as a standalone piece of work outside of the context of a movie. Even a lesser Tarantino script is still better than most of the writing that you’ll see in a typical movie. Though he hasn’t won since Pulp Fiction in 1994, I’m predicting that his time has come once again.

Beasts of the Southern Wild

What will win: Argo

If not, then…: Lincoln

What should win: Lincoln

After winning big at the WGA awards, this seems to be another category Argo has locked. I’d still have to pick Lincoln here, a choice which wouldn’t shock me. The way I look at it, as with Django Unchained, I couldn’t really see reading the Argo script on its own. On the other hand, I would definitely be willing to read the Lincoln script by itself, just as an extraordinary piece of writing, with well developed characters and an interesting take on history. But it wouldn’t be the Oscars without a few undeserved wins, now would it?

What will win: Life of Pi, Mychael Danna

If not, then: Lincoln, John Williams,

What should win: Lincoln, John Williams

Of all the losses of the night, I think this is the one that will hurt the most. Mychael Danna’s score for Life of Pi was fine. It did its job. But he’s not John Williams, and his score doesn’t even compare to Williams’ work on Lincoln. While I was disappointed that much of Lincoln lacked any music whatsoever, when the score was present, it was absolutely stunning, and the main theme has stuck with me ever since I left the theater. Until listening back to the album on iTunes, I couldn’t even recall what the main theme of Life of Pi was.

WHAT WILL WIN: ZERO DARK THIRTY

WHAT SHOULD WIN: ZERO DARK THIRTY

WHAT WILL WIN: LES MISERABLES

IF NOT THEN…: ANNA KARENINA

WHAT WILL WIN: ANNA KARENINA

WHAT WILL WIN: THE HOBBIT

WHAT WILL WIN: “SKYFALL,” SKYFALL

IF NOT, THEN…: “SUDDENLY,” LES MISERABLES

WHAT SHOULD WIN: “SUDDENLY, LES MISERABLES

WHAT WILL WIN: LIFE OF PI

IF NOT, THEN…: THE HOBBIT

WHAT SHOULD WIN: LIFE OF PI

WHAT WILL WIN: ANNA KARENINA

WHAT WILL WIN: LIFE OF PI

IF NOT, THEN…: ZERO DARK THIRTY

WHAT SHOULD WIN: ZERO DARK THIRTY

WHAT WILL WIN: LES MISERABLES

WHAT WILL WIN: AMOUR

WHAT WILL WIN: SEARCHING FOR SUGAR MAN

WHAT WILL WIN: OPEN HEART

WHAT WILL WIN: PAPERMAN

WHAT WILL WIN: CURFEW