“We The People” – An Original Production At Commack School

What better way to learn about the history of the United States than to live it! The entire fifth grade at Burr Intermediate School performed, “We the People,” an original production, that tracked the historical quest for freedom and equality for all in the USA.

The mammouth nine-scene production, written by Burr teachers Krista Brancato and Beth Tanzi and directed by Krista Brancato and Deena Maynard, opened with actors portraying the signing of the Declaration of Independence. Between scenes, the students sang inspirational patriotic songs, accompanied and conducted by music teachers Barbara Erath and Amy Dank. Actors and actresses conveyed the historic milestones in our fight for equality and freedom, and the joy of living the American dream. 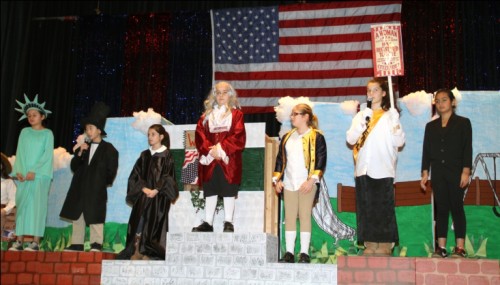 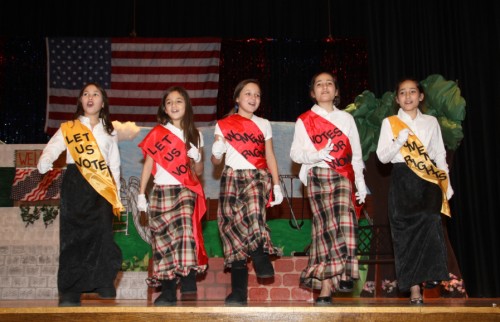