March 16, 2013 7:41 am | Filed under: Around Town,Huntington Union Free School District,News | Posted by: The Huntingtonian Staff

Photo below: Huntington’s contingent at LISEF at the Crest Hollow. 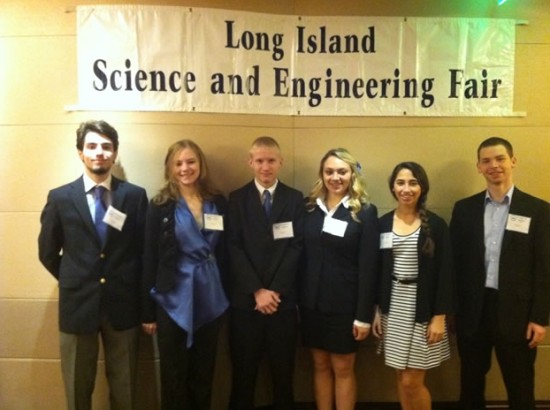 Aron Coraor enjoyed a banner day at the Long Island Science and Engineering Fair finals this past Monday. The Huntington High School scholar faced down grueling opposition at the Crest Hollow Country Club to win the Yale Science & Engineering Award as the event’s outstanding 11th grader in computer science, engineering, physics or chemistry. 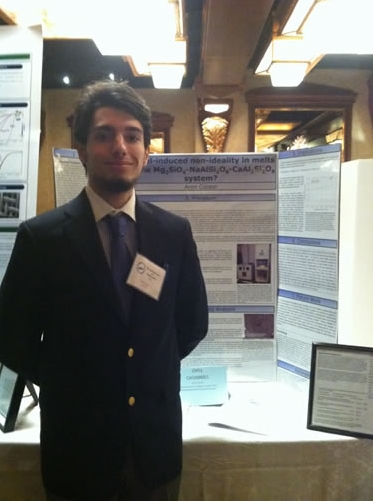 The first day of this year’s LISEF on February 12 attracted 426 entries from 74 schools. Participant’s projects ranged from medicine to environmental management. Mr. Coraor advanced to the second day finals along with several dozen of Long Island’s top science students, many of whom have conducted research at regional universities and national laboratories.

Mr. Coraor’s research project was titled “Spinel-Induced Non-Ideality in Melts of the Mg2SiO4-NaAlSi3O8-CaAl2Si2O8.” He placed second overall in the chemistry division and captured the prestigious Yale Award as the top junior.

“Aron proved to be a dynamic, knowledgeable and fierce competitor,” said Lori Kenny, who heads Huntington’s science research program and accompanied Mr. Coraor to the competition. LISEF officials presented the junior with a Certificate of Honor and a striking medallion in recognition of his sensational achievements.

While Mr. Coraor was competing in the “Intel” division, a team of Huntington High School research program students were participating in the LISEF JV Fair. The group included Brian Gilbert, who investigated student behavior and music; Sabrina Palacios, who conducted research into pesticides in honey; and the team of Bobby Scott, Amber Lindner and Megan Hansen, who presented their research on the invasive species of garlic mustard.

“JV engaged in stiff competition that included 108 projects from 25 different Long Island schools,” Mrs. Kenny said. “All of our students proudly defended their research with great smiles and enthusiasm for their love of the sciences. While no one from Huntington won the JV competition their experience in this event cannot be duplicated.” 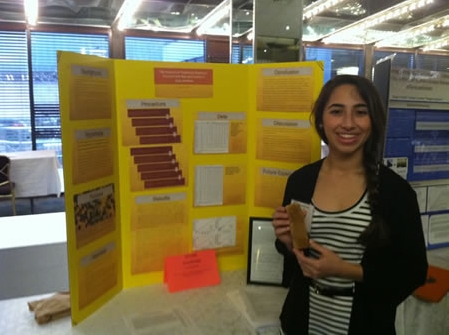