March 23, 2013 7:37 pm | Filed under: Around Town,Arts & Entertainment,Huntington,News | Posted by: The Huntingtonian Staff 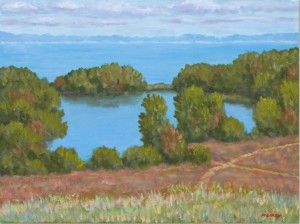 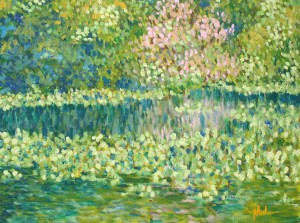 Since his favorite childhood pastime was drawing, it was only natural that Joseph Anderson would someday become an artist.  Having dreams of becoming a professional illustrator, he continued on to college to further his studies, which included drawing, painting, and illustration.  After leaving school, Mr. Anderson went on to work in advertising agencies doing graphic design, and eventually turned to digital illustration and photography.  However, after going through a period of soul searching, he decided to follow his heart and chose a new career as a Fine Artist.  Firmly believing that creativity is a gift from God, he believes that using this creativity to bless others, is his gift back to God.  His goal as an artist is to be a force of positive energy, and to show what is beautiful in this world.  He hopes people find great joy in his work.  Feeling spiritually connected to nature, he is compelled to paint the landscape.  He also enjoys painting wildlife art because of his love of animals.  His medium of choice is oil, but he also experiments with digital painting and photography.  He believes that one medium can influence another, and that he learns from all things.  His work had been exhibited from Huntington to the Hamptons.  In addition, he has been hired for commissions and has paintings hanging in private collections.  More of his work may be viewed at http://www.joeandersonart.com.  Artist inquiries:  jgandy@optonline.net.