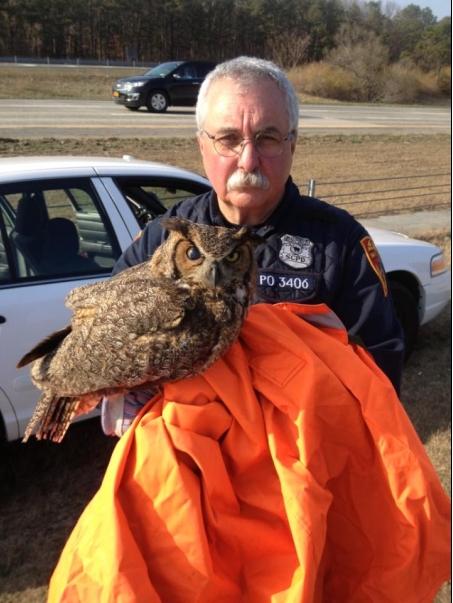 Two Suffolk County Police officers rescued a wounded owl on the side of the Long Island Expressway on April 10, 2013.

Emergency Service Police Officers Fred Sales and Carl Glaser responded after a 911 caller reported an injured owl on the side of the westbound LIE near Exit 65 at 8:25 a.m. The officers observed one of the owl’s eyes was dilated and the bird was showing signs of trauma. The officers placed a raincoat over the owl to settle it down and then were able to grab its talons and control the animal.

The New York State Department of Environmental Conservation responded to the scene and transported the owl to Stony Brook University for evaluation and it will then be sent to a rehabilitation facility.