The Centerport Fire Department recently held their 115th Annual Installation of Officers, where the new officers were installed and members were recognized for their service.

Outgoing Chief Andrew Stevenson was recognized for his dedicated service as Chief from 2011-2012, and presented with an award depicting the badges of all the offices he has held as well as his Chief’s helmet.

The Rescue Squad Member of Year Award was presented to outgoing Captain Michael Ryan. The Harry R. Burr Memorial Award for most alarms answered for 2012 was presented to Kyle McLaughlin for the third year in a row. 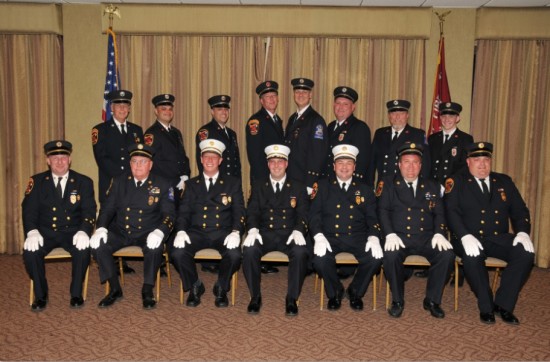 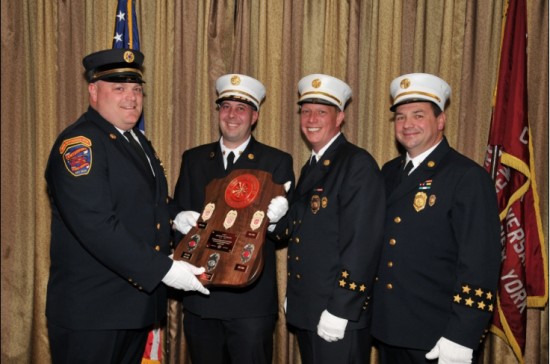 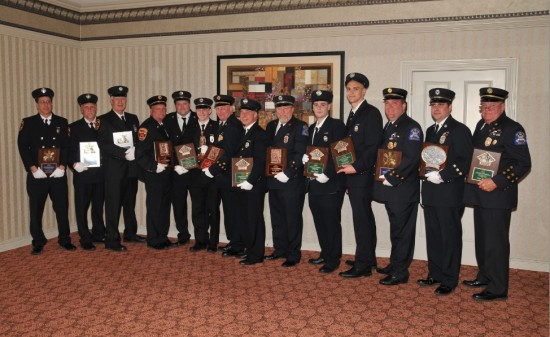 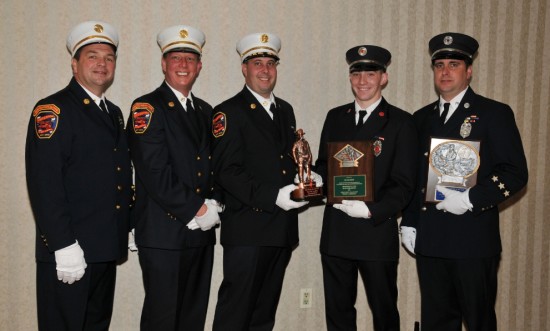 Photo above – The Centerport Fire Department presented the Harry R. Burr Memorial Award for the most alarms answered for 2012 to Lieutenant Kyle McLaughlin who has received the honors for the third year in a row.  The Rescue Squad Member of Year Award was presented to outgoing Captain Michael Ryan. From left, are Second Assistant Chief Tom Boyd, First Assistant Chief Brian Mark, Chief Nick Feeley, and recipients Kyle McLaughlin and Michael Ryan. (Photo by Steve Silverman)