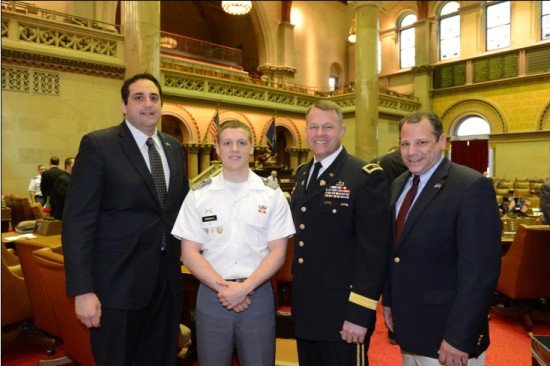 “Members of the academy provide a selfless sacrifice on our behalf and on behalf of our nation,” said Lupinacci. “Speaking with Cadet Sinisgalli was tremendously insightful and humbling. His sense of dedication and service along with his strong work ethic reassures me that our nation is in safe and capable hands.”

West Point Day occurs annually at the Capitol as a way to honor the commitment and sacrifice offered by the members of the Long Gray Line. Cadets from across New York spend time visiting both the Senate and Assembly learning about state government and sharing their stories with members of both legislative bodies.

“I want to thank Cadet Tyler Warren Sinisgalli and all the active and retired members of our armed forces,” concluded Lupinacci.