Meet the Huntington School Board Candidates

Four candidates will be on the ballot when Huntington School District residents go to the polls on Tuesday, May 21 to fill two seats on the seven-member Huntington School Board. Voting will be held at Huntington High School from 6 a.m. to 9 p.m.

Deniqua Crichlow, William P. Dwyer, Bari Fehrs and Jennifer Mosden are all on the campaign trail. Candidates run at-large and not for a specific seat or against a specific opponent. The top two vote-getters in the election will earn three-year terms commencing July 1, 2013 and running through June 30, 2016.

Incumbent trustees Richard McGrath and John P. Paci III are not seeking re-election. Mr. McGrath has served for five three-year terms and Mr. Paci is completing his second term. Both are graduates of Huntington High School.

The following are snapshot profiles of the four candidates on the May 21 ballot: 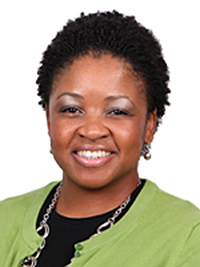 Deniqua Crichlow was born and raised in Huntington. A 1995 graduate of Friends Academy, she holds a bachelor’s degree and a Master of Industrial & Labor Relations, both from Cornell University.

Ms. Crichlow is a human resources professional with a background in higher education administration. She has experience in employee and labor relations, negotiations, executive coaching and diversity management. Under her leadership, Cornell’s MBA Office of Diversity and Inclusion received the Brillante Award for Educational Excellence from the National Society of Hispanic MBAs. She currently works for GE in Global HR operations.

Since returning to Huntington, Ms. Crichlow has volunteered her time mentoring a high school senior through the college application process. She lives in Huntington Station with her 9-month-old daughter, Amaya. 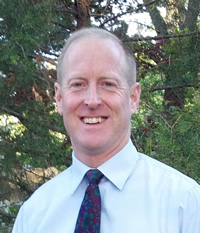 William P. Dwyer and his wife Karen have resided in Huntington for 16 years. The couple has two boys attending Huntington High School. A third son graduated last June is now at Syracuse University.

Employed as an account executive for a Hauppauge company that advises school districts on educational technology, Mr. Dwyer has a deep understanding of public education in New York, including mandated changes in the education program, budgeting and the use of technology to improve education.

Mr. Dwyer’s recent focus has included consulting with districts to make a smooth transition to the Common Core standards and building cutting edge tools to analyze student performance data. He is interested in using these skills and his energy and enthusiasm to make a positive impact on the Huntington School Board. 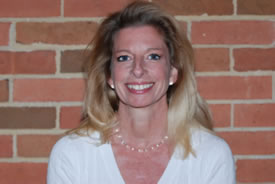 Bari Fehrs is a 22-year resident of Huntington. She earned a Bachelor of Arts degree at New York Institute of Technology. A past president of the Southdown Primary School and J. Taylor Finley Middle School PTAs, she has been involved in the Huntington School District for more than 10 years.

Mrs. Fehrs, who has been attending school board meetings for the past nine years, is currently serving her third year as PTA Council president. She has been a member of the district’s Comprehensive Health Advisory Committee, District Shared Decision Making Committee and District Safety Committee and volunteers with the Booster Club. She has traveled to Albany to fight for Huntington’s fair share of state aid.

Jennifer Mosden is a Huntington High School graduate. A lifelong Huntington resident, she is eager to give back to the district that has given her so much.

Ms. Mosden obtained an undergraduate degree in economics and sociology at American University, a Master’s degree in school counseling at C.W Post College and a Master’s in management and policy at Stony Brook University. She holds an advanced certificate in health care management from Stony Brook.

Passionate about educating the whole child, Ms. Mosden advocates for a rich array of courses and opportunities. As a financial manager, she is experienced in budgeting and identifying efficiencies for successful management.

A team builder and volunteer, Ms. Mosden looks forward to working with the community to elevate Huntington as a district of first choice.

To vote in the election, an individual must be a U.S. citizen, 18 years of age or older, a resident of the Huntington School District for at least 30 days and registered to vote in a general election or with the school district.
Absentee Ballots

For information on voter eligibility or absentee ballots contact Mrs. Troffa at 673-2126.