Phil Minissale, Connor Garvey Perform in Centerport on May 4

Singer-songwriters Phil Minissale of Long Island and Pennsylvania and Connor Garvey of Maine are the featured performers for the Folk Music Society of Huntington’s First Saturday Concerts series, May 4, at the Congregational Church of Huntington (30 Washington Drive, off Route 25A, Centerport). The 8:30 p.m. concert is preceded by an open mic at 7:30 p.m. Tickets are $25 ($20 for FMSH members). They may be securely ordered online at www.fmsh.org using a credit card or purchased at the door (cash and checks only). For more information, visit the website or call (631) 425-2925. 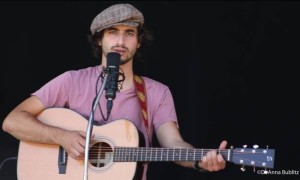 Growing up in the Brandywine Valley of southeastern Pennsylvania, Phil Minissale began listening to Elizabeth Cotton, Sonny Terry and Brownie McGhee, Jorma Kaukonen and Gary Davis at a very young age. His understanding of the many strains of the blues is as complete as that of musicians two or three times his age. Formerly tagged the “Long Island Blues Boy,” Phil, now 24, has evolved into a more seasoned roots singer-songwriter and has performed at venues, festivals and colleges from Maine to Georgia, as well as abroad.
Representing the future of Piedmont fingerstyle blues playing, Phil’s cross-generational appeal has many folks watching closely as he exposes his contemporaries to the acoustic folk/blues sound that is a warm reminder of the Greenwich Village acoustic music scene of the early 1960s. With the recording of his second full-length CD, Young Fool, he continued to build bridges between various acoustic genres, keeping the traditional integrity of the music intact while breaking new ground with his timely songwriting. He’s currently putting the finishing touches on two new recording projects – one a collection of his own songs, the other featuring the songs of the aforementioned Sonny Terry and Brownie McGee. For more information on Phil, visit www.philminissale.com. 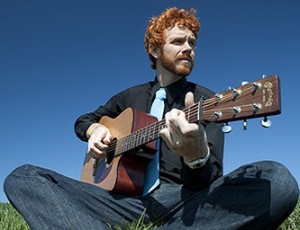 Portland, Maine-based singer songwriter Connor Garvey describes his music as acoustic funky folk-rock for the good-hearted. His initiation as a modern troubadour came in 2008, by train, on a 45-day self-booked cross-country tour via Amtrak. Now, myriad tours later, he has been drawing audiences and critical acclaim with his inventive, rhythmic guitar work , clear, soulful vocals, and songs that capture people’s attention with humor, daring honesty, and grace – songs that challenge us to hope, grow, laugh, and see beauty in all of life’s metaphors. “Garvey’s sandy tenor, attention to rhythmic detail and winsome way with a melody bring to mind the music of Paul Simon in his Rhymin’ Simon days, as well as contemporaries Josh Ritter and Jason Mraz,” according to music blog Direct Current.

In recent years, Connor has toured the US in his station wagon playing festivals, house concerts, and many of the country’s finest acoustic venues. His song “Soul on the Line” saw heavy rotation on Sirius XM’s “The Coffeehouse,” garnering him a spot among its top six new singer songwriters of 2010. His 2011 release Where Ocean Meets Land drew extensive airplay and acclaim as well. He is currently at work on a new double-disc album featuring one disc recorded at a studio in Maine and the other live at a house concert in Bozeman, Montana. More information is available online at www.connorgarveysongs.com.

Now in its 44th year, the Folk Music Society of Huntington presents two monthly concert series, a monthly folk jam and sing-along, and an annual folk festival in conjunction with the Huntington Arts Council