May 1, 2013 5:38 am | Filed under: Huntington Union Free School District | Posted by: The Huntingtonian Staff 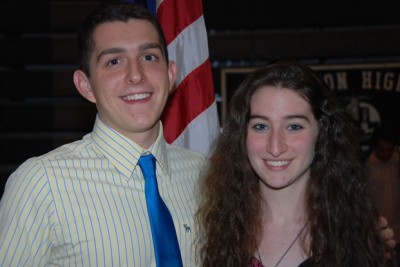 During the three-hour long affair, the exceptional teenagers recognized a set of teachers who have meant the most to them through the years. A large crowd numbering about 330 attended the tenth annual dinner that recognizes Huntington’s best.

Huntington High School Principal Carmela Leonardi saluted the 107 leading students for their exceptional academic performance and for their remarkable efforts outside of classes and the regular school day.

“I was very excited about the large number of students that qualified for this particular recognition,” Dr. Leonardi said. “The fact that the students maintained a 90 or better GPA for the seven semesters that we used for our calculations is impressive.” 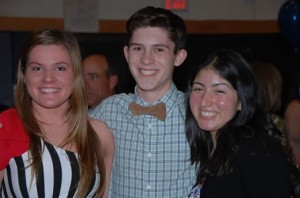 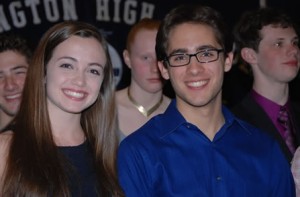 “What is so special about this group of seniors is that they intentionally put their intelligence and effort into improving things in our school and community,” Dr. Leonardi said. “They are service minded and they continue to come up with ways of supporting others. This includes tutoring students here in school, raising funds for organizations, (most notably Relay For Life) and individuals, collecting food for local pantries and visiting the seniors. I admire their spirit and dedication and cannot help but think that this group will address many of the social and economic issues that face us.

The distinguished seniors were asked to select one teacher from the first school they first attended in the district and from each of their subsequent schools. The teenagers took their responsibility seriously and made their selections based upon personal experiences that struck a chord with each of them, individually and collectively.

The teachers that were recognized included Kathleen Kraus, Joan Marie Balsari, Leticia Cuthbertson, Meghan Kenny, Christopher Dugan, Heather Flaherty, Susan Tuohey and Patricia Dillon. Seniors introduced each of the faculty members with touching and heartfelt remembrances. The teachers each spoke, recalling some humorous experiences with the now-seniors and repeatedly stating how proud they are of their former students. 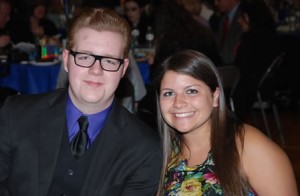 The selection of Mrs. Balsari, a longtime Washington School classroom teacher, was especially emotional since she passed away in October 2011 after a battle with breast cancer. The educator’s daughter, Denielle, a Huntington graduate and herself now a teacher in Commack, told the seniors how much her mother loved working with them.