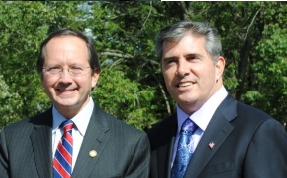 After a screening process, the Huntington Republican Committee will recommend, to the full committee,  Town Board candidates Price, Mayoka and Cook. This will be done at the nominating convention (Time TBD) for the November 2013 Town Board elections.  Current Councilman Eugene Cook will challenge Frank Petrone for the Supervisor’s seat.  Current Councilman Mark Mayoka will seek re-election and Josh Price has been selected to run for Councilman for the other open seat that Mark Cuthbertson currently holds.

Josh Price resides in Commack.  He has been a Huntington Republican Committeeman since 2003 and part of the executive committee since 2006.  He currently works for the Price Law Firm LLC.  In recent years, he has served as the attorney for 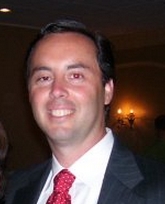 several members of the Huntington Republican Committee when their seats were challenged by former disgruntled committee members. He successfully represented Gene Cook in the lawsuit Wong v. Cook when  Cook was challenged in securing his place on the Republican ballot in 2011.  He has represented both Gene Cook and Mark Mayoka during the counting of votes following election night.

Josh has played a role in politics since 1991 in Indiana where he resided at the time.  He has a Bachelor of Arts in Political Science from Purdue University in West Lafayette, Indiana where he attended from 1989 – 1993.  He also has a double minor in Mathematics and History.  He received his law degree from Hofstra University School of Law in Hempstead, New York, where he attended from 1993 – 1996.