James Martin, known to his friends and co-workers as Jim, resides in Melville with his wife Diane, and their three sons, Andrew, Kevin and 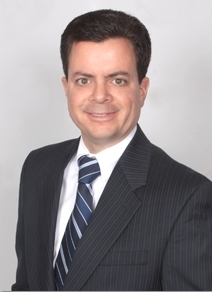 Scott.  Since moving to Melville nearly 20 years ago, Jim has been an integral part of the Melville/South Huntington community and has played an active role in the successful development and growth of Melville and surrounding communities, as well as their citizens.

His roots in community activism originated more than 15 years ago with a local Melville civic group, which opposed expansion of the Walt Whitman Mall and overdevelopment of the surrounding sod farms.  Since that time, his diverse interests, and those of his family, have enabled him to learn the needs of the community and its members, and have only increased his desire to continue to serve and give back.

An active member of the St. Elizabeth of Hungary Catholic Church in Melville, Jim serves as a member of the Pastoral Council and is chairman of the parish Stewardship Committee.

He is also one of the founders of the South Huntington Soccer Club and sits on the local St. Elizabeth CYO soccer board, and together these encompass more than 1,000 players in the Huntington Station/Melville/South Huntington area. Through his involvement with these organizations, he saw a need to help families within the clubs, and coordinated numerous charitable tournaments to benefit them.

Jim serves on the advisory board of a regional children’s charity, Friends of Karen, a not-for-profit group dedicated to providing emotional, financial and advocacy support to children with life-threatening illnesses, as well as their families.

Jim’s diverse heritage has afforded him the opportunity to be a member of the New York State Hispanic Steering Committee and Hispanic Coalition where he helps coordinate candidate searches and support efforts across Long Island.  He currently volunteers with the Huntington Republican Committee, and is the Chair of Technology & Communications.

Jim previously screened for County Legislator and Huntington Town Board in 2011, and has volunteered on the 2011 Town Board campaigns for both Gene Cook and Herb Morrow, and the 2012 New York State Assembly campaign for Chad Lupinacci.