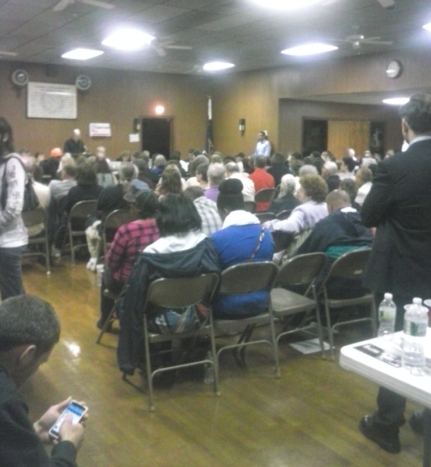 There was a long drawn out floor fight for the position of Highway Superintendent.  Domenick Feeney and Steve Rossetti were pushing to give the nomination to current highway Superintendent William Naughton. Cuthbertson and Petrone were pushing for Don McKay and Joe Dujmic pushed for Kevin Orelli. During the first voting session none of the three candidates received 50% of the vote. After an unsuccessful second attempt to nominate a Highway Superintendent, a motion was made to suspend the rules. At this point no official nomination was made and there will be a 3 way primary race in September to fill the slot between incumbent William Naughton, Don McKay and Kevin Orelli.

Since the meeting ran nearly 4 hours, a motion was made to adjourn until next Tuesday, May 28. At that time, they will attempt to nominate a candidate for the additional Town Council seat.  At this point it looks like the race for that council position will be between Tracy Edwards, Keith Barrett, Ed Perez, and Edward Nitkewicz.

One Response to Huntington Democratic Convention Held Thursday, May 23