The Huntington Manor Fire Department responded to free a victim trapped in an overturned van early Monday, May 27, at about 2:30 a.m., on Coe Place near Candy Lane in South Huntington.  Firefighters used heavy rescue extrication tools to remove the windshield and part of the roof to free the driver, after the van crashed into a tree and overturned onto its side. The victim sustained non-life-threatening injuries and was transported to Huntington Hospital by the Huntington Community First Aid Squad. About 25 firefighters and emergency medical personnel were on the scene with two heavy rescue trucks and an ambulance, under the command of Huntington Manor FD Chief Fred Steenson, Jr., and Third Assistant Chief Jon Hoffmann. 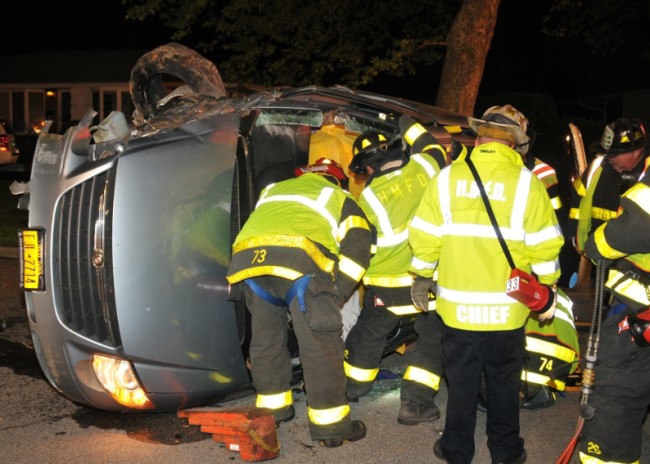 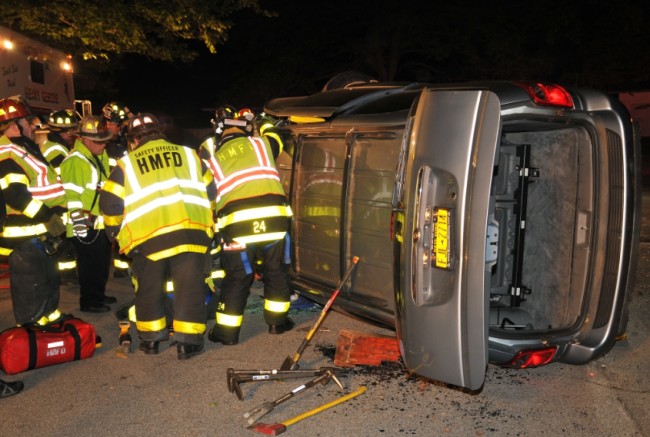