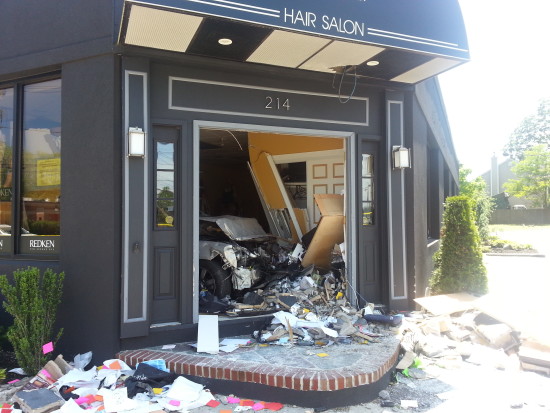 According to witnesses a woman driving a Mercury Milan Sedan was heading west bound on Jericho Turnpike when suddenly she veered over the eastbound lanes.  The car became airborne as it hit the curb on the south side of Jericho and slammed straight through the concrete wall of Gizay Michaels at 214 West Jericho Turnpike, Huntington Station.

The owner of Gizay Michaels stated, “thank God we were closed”.  He explained that workers normally sit at a desk right behind the wall that the car came through. He was extremely relieved that no one was hurt in his store.

Huntington Manor fire department led by Chief  Fred Steenson Jr. was on the scene and secured the building so firefighters and the driver of the vehicle would not get crushed if the building was to collapse. Firemen removed the female driver from the vehicle. She was strapped to a board and removed from the rear of the building where an ambulance was waiting. She was taken to Huntington Hospital by the First Aid Squad. Her condition is unknown at this time.

A tow truck operator removed the car from the building.  The damage to the structure was severe. Police and firefighters on the scene expressed concern that the building could potentially collapse. 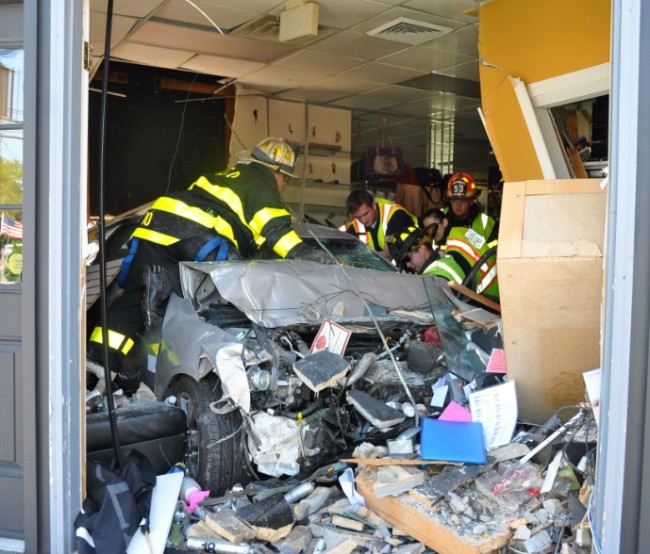 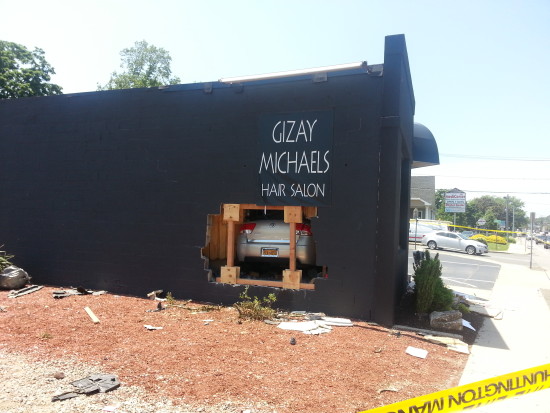 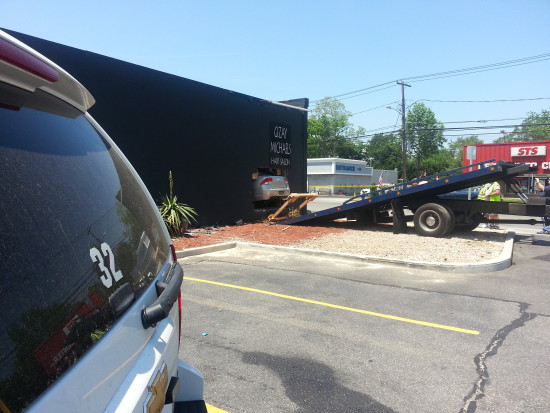