Co-Chairmen Appointed at the Huntington Township Chamber of Commerce

Robert Bontempi and James Kelly have been appointed by the Chamber Executive Committee to serve as interim Co-Chairmen of the Huntington Township Chamber of Commerce following the sudden passing of recently appointed Chamber Chairman Larry Kushnick.    Bob Scheiner, currently Vice Chairman of the Chamber Board, will become the Chairman-Elect and will transition into the Chairman role in the future. The Chamber Chairman provides direction for the Chamber’s mission in promoting business, economic development and job creation through the coordinated effort of its membership.

During the May Annual Meeting, the “State of the Chamber” address was presented by incoming Chamber Chairman Larry Kushnick. The address focused on the Chamber’s vision to maintain economic strength, expand opportunities and continue to grow local business and industry within the community.  Kushnick also announced a series of Chamber initiatives designed to offer more value for membership.  “With the full agenda Larry put forward, we feel that between the two past Chairmen and one Chairman-Elect, we can divide the responsibilities and the three of us together can achieve the job that the one Chairman would have,” explained Bob Bontempi.

In addition to the positions above, the Executive Board also approved the Nominating Committee’s recommendation that Brian Yudewitz who has a long history working in partnership with Larry Kushnick on the Long Island Fall Festival, serve as the new Chairman of the Festival. Bob Bontempi will Co-Chair the Long Island Fall Festival with Brian during 2013 to provide guidance and assistance to his first year at the helm of this signature event. As newly approved Chairman of the Long Island Fall Festival, Brian will also fill a vacancy on the Executive Committee. ” These changes were difficult but fell into place. While we can never replace Larry, we are committed to working together to achieve his mission and his dream,” explained Jim Kelly. 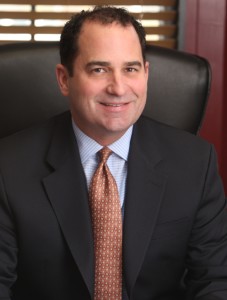 Robert Bontempi recently completed 15 years with Bristol-Myers Squibb Company in multiple capacities including sales, sales management , corporate sales training and institutional account management. Beginning February 2012, Mr. Bontempi began in a new role as NYC (Metro Region) Manager Hospital Sales with Otsuka America Pharmaceuticals, Inc. He previously worked as Director of Operations for the Suffolk County Medical Examiner’s office where he was Chief Spokesperson during the TWA flight 800 tragedy. From 1992 until 1995, Mr. Bontempi worked as an Aide in the Suffolk County Legislature as liaison to the Health & Human Services Committee. Bob has also been active in the Huntington Community. He was appointed by Supervisor Frank Petrone and The Huntington Town Board to serve as a Director on the Huntington Town Planning Board from 1997- 2000. He is a former board member of the Pederson-Krag Center and has been Chairman of the Huntington Chamber Committee for Better Government (PAC) since 2004. From 2009- 2013 Bob has served as Chairman of the Board of the Huntington Township Chamber of Commerce and serves on the Executive Board. He currently is a Board member on the Long Island Business Council and is an Advisory Board Member for the Splashes of Hope charity. 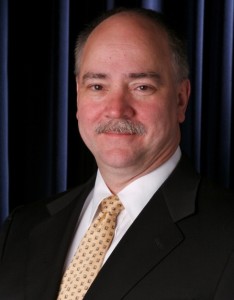 As CEO of JVKG, Mr. Kelly is extremely active in understanding and charting the course of major corporations in expense management solutions. Mr. Kelly was formerly Managing Director of Global eSourcing at Deutsche Bank. Previously Mr. Kelly was a Team Leader in the Sourcing and Strategic Relations practice area at Deloitte & Touche Consulting Group/DRT Systems. Mr. Kelly is a featured speaker at seminars concerning eSourcing and how to measure its return on investment. He is also a former President of the National Association of Purchasing Managers (New York) and a current board member, and is a graduate of Manhattan College. Jim was the Chairman of the Board of the Huntington Chamber from 2005- 2009 and can be credited with obtaining fiscal stability of the organization.  He presently is a member of the Huntington Chamber’s Executive Board. 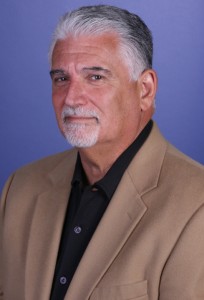 Mr. Scheiner is Senior Vice President at H2M, a multi-disciplined Architectural and Engineering firm. He is a registered architect and licensed professional planner in New York, New Jersey, Pennsylvania and Connecticut. Bob has been a Huntington resident for over 28 years.  As head of H2M’s architectural group he has directed all phases of work in the area along with serving corporately as H2M’s Executive Director of Marketing and Business Development.