Honoring an Educational Milestone in Elwood 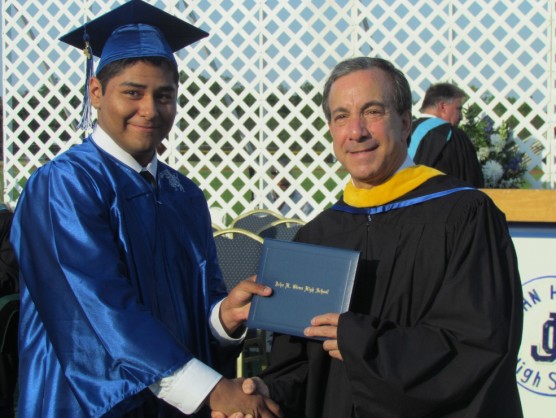 On June 21, the Elwood-John H. Glenn High School Class of 2013 took their final steps on school grounds as students for the school’s 51st commencement ceremony. Musical highlights throughout the celebration included special performances by the high school band as well as members of the concert and mixed choruses, who sang “The Road Home.”

Prior to the conferring of the diplomas, the soon-to-be graduates listened to a variety of inspirational and encouraging messages imparted by High School Principal Dr. Vincent Mulieri, Board of Education President Joseph Fusaro, Board of Education Vice President Dan Ciccone, Superintendent of Schools Peter Scordo and select members of the Class of 2013.

Salutatorian Sarah Stranieri then took to the podium. “Reflect on the person you have become not only over the last four years, but over 17 or 18 years,” she suggested to her fellow classmates. “Value the friends who you have kept close, who have influenced your growth as a person. Remember your parents and your teachers, who have picked you up when you have fallen, and were always available when you needed them.” Valedictorian Jackie Mancini also offered words of reflection and encouragement to the audience. “I believe the Class of 2013 has certainly made the most of our time here at John Glenn,” she said. “One need only flip through the yearbook or the newspaper to witness all we have accomplished. I know that our class will continue to take advantage of any opportunity given to them as they leave John Glenn. In college and beyond, they will continue to achieve great things.”

After awards, honors and gifts were bestowed upon students and select members of staff, Mr. Scordo presented eager graduates with their diplomas. At the close of the ceremony, the graduates celebrated by tossing their caps into the air. Following the recessional march, they reunited with their loved ones as official alumni of the Elwood Union Free School District. 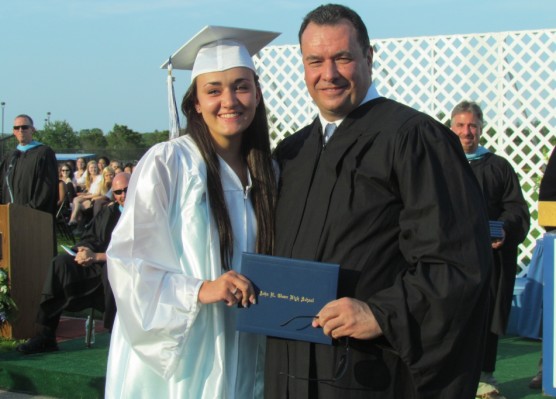 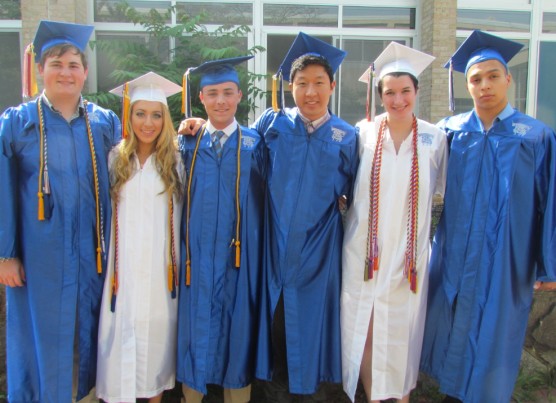 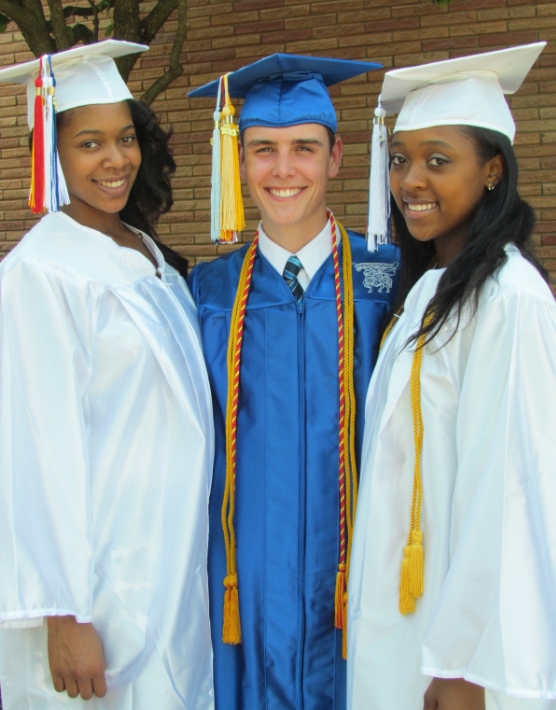 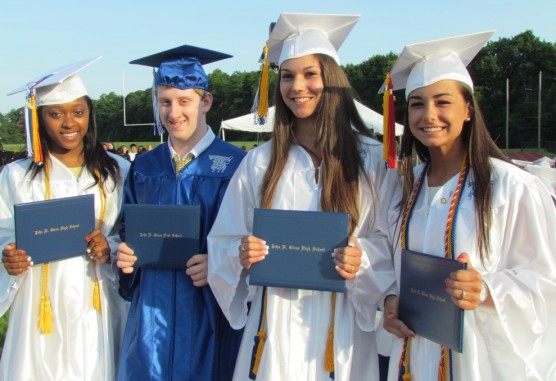 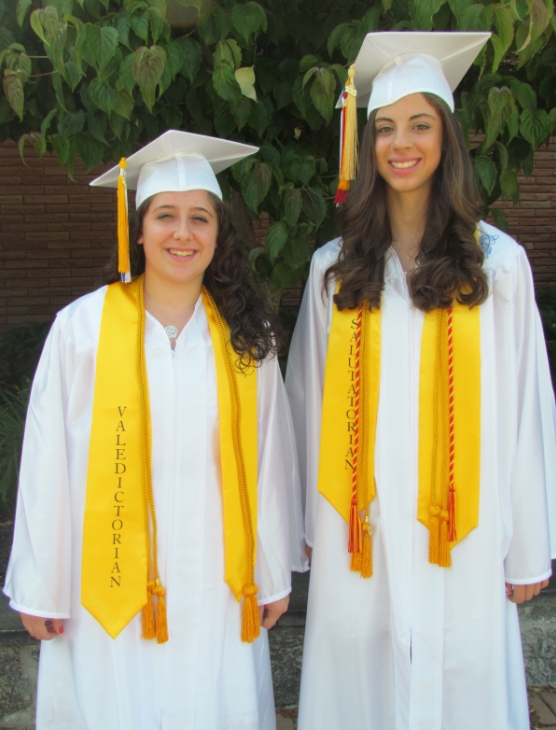