Reservations are highly suggested for all performances. For reservations or more information, call 516-293-0674. Or visit www.ArenaPlayers.org.

Taming of the Shrew is part of the Arena Players’ annual Shakespeare Festival, a highlight of the Vanderbilt summer season for decades. The company’s other dramatic and children’s plays are presented in the Vanderbilt Carriage House Theater. 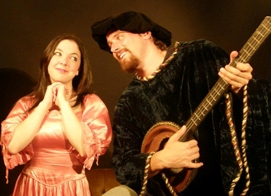 Performed in full Elizabethan costume against the magnificent architecture of the historic Vanderbilt Mansion, Taming of the Shrew is Shakespeare’s lively, sometimes bawdy, tale of the rambunctious Kate and her love affair with Petruchio. This story reflects the Elizabethan conviction that men owned their wives and consequently had the right to beat them or deny them food or sleep. Petruchio does not beat his new bride, Kate, but he does deprive her of food, water and sleep in his efforts to reform her. He mimics her own churlish behavior in the hope that, seeing herself mirrored in him, she will change her ways. 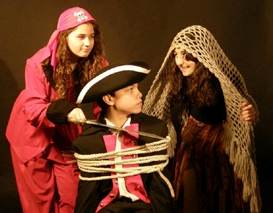 Arena Players Children’s Theater delights kids with its audience-participation productions. Follow the adventures of young Jamie, heir to a treasure map, who soon sails with his masters to Treasure Island with a crew of pirates chosen from the audience.

Performances: Saturday and Sunday at 1:00. Tickets: Adults, $10, children, $8. Children under three are free. In addition, children’s birthday parties can be scheduled in conjunction with Arena Players Children’s Theater performances — call the Vanderbilt at 631-854-5579 for details.

In this drama by Mari Fratti, a beautiful woman talking on the phone to her lover is intruded upon by a man who claims to be from the gas company and has recently murdered someone on her front doorstep. The woman is intrigued by him and a contest of wills develops, which is further complicated when her husband shows up. At the end of this thriller, the audience discovers who the real victim is.