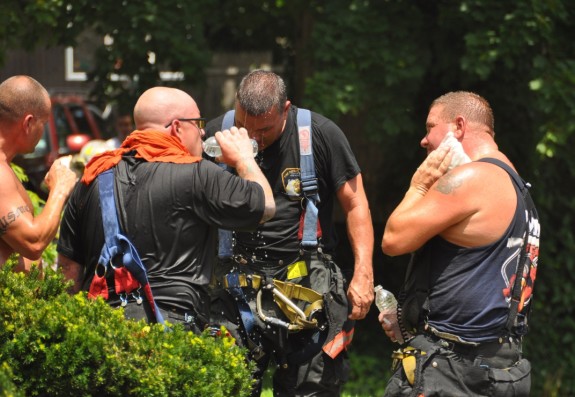 While setting up for their annual fair Sunday morning, July 14, at 11:16 a.m., the Huntington Manor Fire Department responded to a house fire on Nassau Road in Huntington Station. Upon arrival, firefighters found heavy fire blowing out the rear of the two-story home with all residents safely out of the multiple occupancy structure. Firefighters began an aggressive interior attack, and were able to bring the blaze under control within 45 minutes. The 90-degree temperatures and humidity took its toll on firefighters, with around ten suffering from heat exhaustion and steam burns and were treated at the scene by EMT’s from the Huntington Community First Aid Squad and Halesite FD Rescue. Firefighters from the Huntington and Halesite Fire Departments assisted at the scene, with the Melville FD providing a standby engine at Huntington Manor’s headquarters and a Greenlawn FD ambulance at Huntington Community. About 80 firefighters were on the scene with 10 trucks, under the command of Chief Fred Steenson, Jr., supported by First Assistant Chief Frank McQuade, and Third Assistant Chief Jon Hoffmann. The Suffolk Police Arson Squad and Huntington Fire Marshal are investigating the cause of the fire. Suffolk County Fire Coordinators were also on the scene providing assistance. 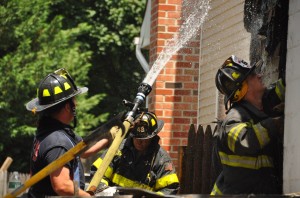 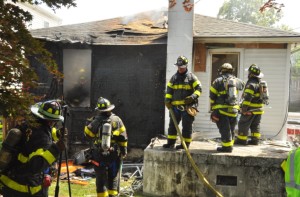