The Huntington Fire Department responded to reports of a structure fire on Woodbury Road near Snowball Drive early Wednesday morning, July 24, at 1:28 a.m. First arriving units found a fully involved 2-1/2 story home, with fire showing on all floors. Huntington firefighters were assisted by the Cold Spring Harbor, Huntington Manor, Halesite, and Greenlawn fire departments in battling the blaze, with Centerport firefighters on standby at Huntington FD. EMS crews were on the scene from the Huntington Community First Aid Squad. About 80 firefighters using eight trucks had the fire controlled within an hour, under the command of Huntington FD Assistant Chief Robert Berry, with Deputy Chiefs Jesse Cukro and Rob Conroy assisting. The house was unoccupied at the time of the fire and was constructed in the 1800’s, once part of a dairy farm and later a horse farm. The blaze extensively damaged the home and is under investigation by the Suffolk Police Arson Squad and Huntington Town Fire Marshal. Suffolk Fire-Rescue Coordinators were also on the scene providing assistance. There were no injuries reported. 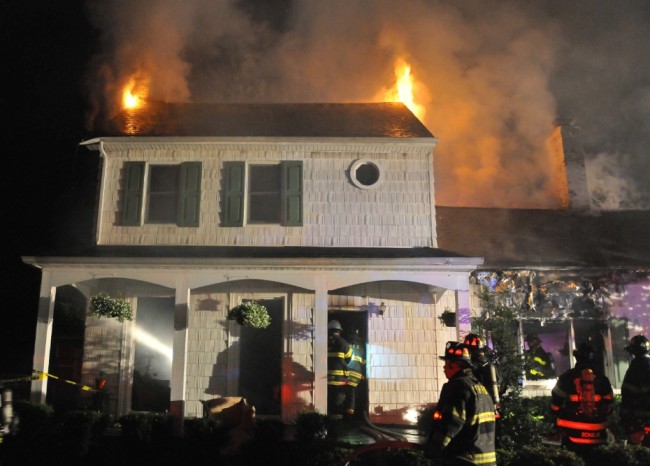 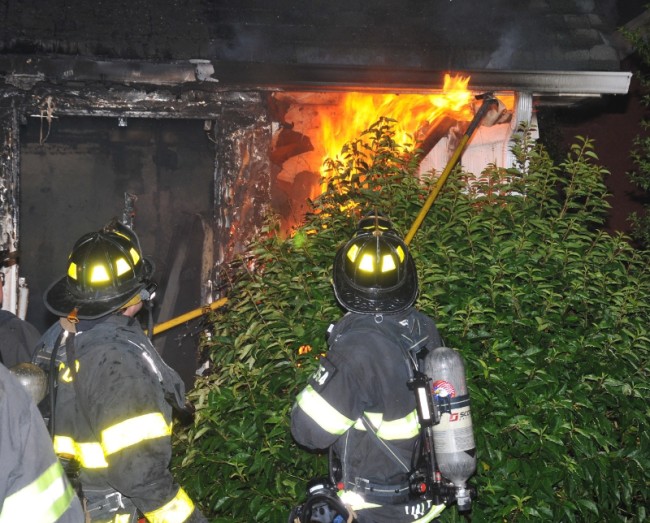 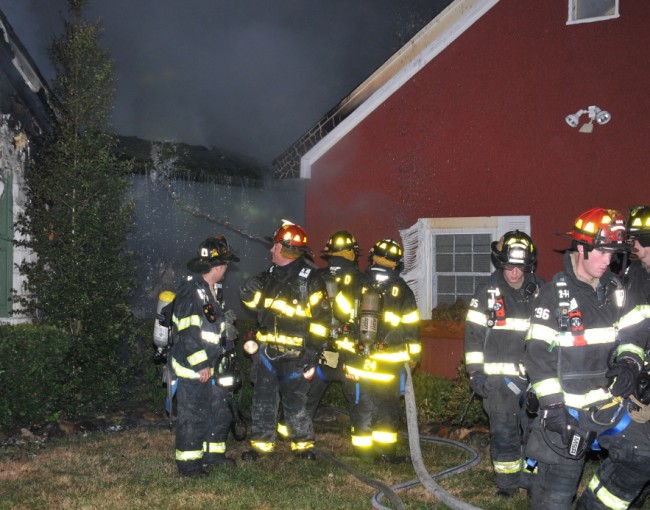