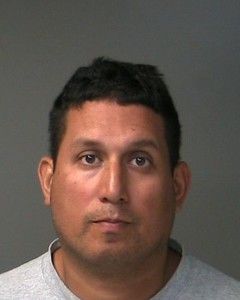 On Thursday, July 25, Suffolk County Police arrested a substitute teacher for possessing child pornography on his computer in West Babylon.

An investigation by detectives in the Computer Crimes Section led to evidence that Francesco Santodonato, a substitute physical education teacher in the South Huntington School District was in possession of child pornography. A computer and other media were confiscated and a forensic examination revealed Santodonato possessed pictures and videos of child pornography. Santodonato was arrested at his home, on 13th St., at 4:26 p.m.

The investigation did not reveal there was physical contact between Santodonato and students.

Police are requesting parents speak with their children about possible inappropriate contact with Santodonato.

He will be held tonight at the 7th Precinct and is scheduled to be arraigned at First District Court in Central Islip on July 26.