A car heading North on Park Avenue lost control and veered to the left crashing  just right of the front entrance of the Huntington Atrium  located at 775 Park Avenue, Huntington.  The accident occurred at approximately 7:00 a.m. on August 5.  It is unclear what caused the accident but there was speculation at the scene by emergency personnel that the driver may have had a medical condition.   The male driver was taken by stretcher to Huntington Hospital.   There did not appear to be any other injuries. The building was not opened at the time of the accident. 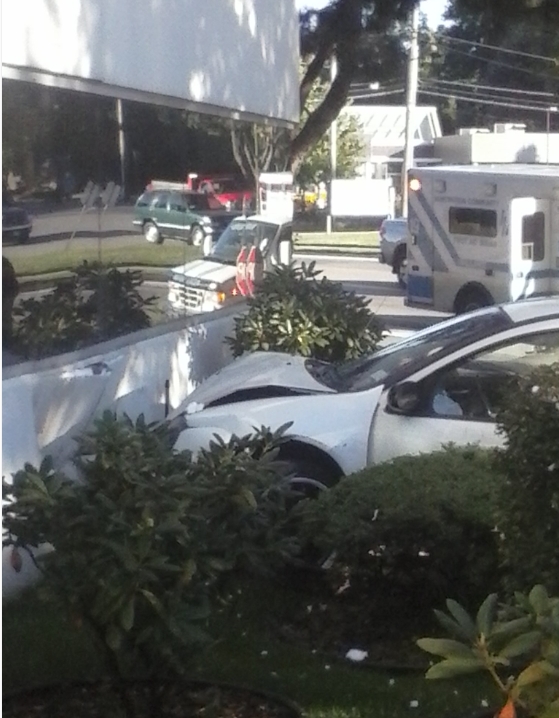 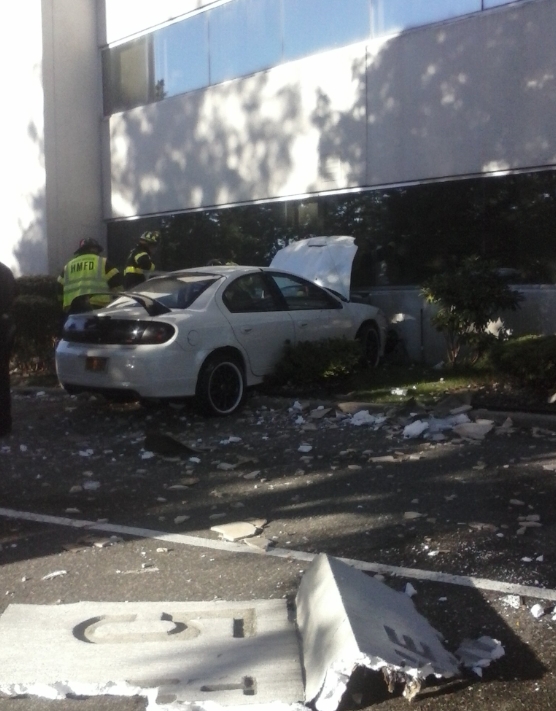 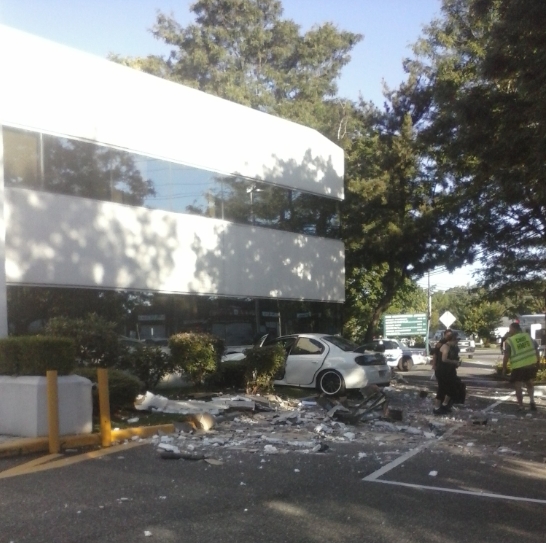 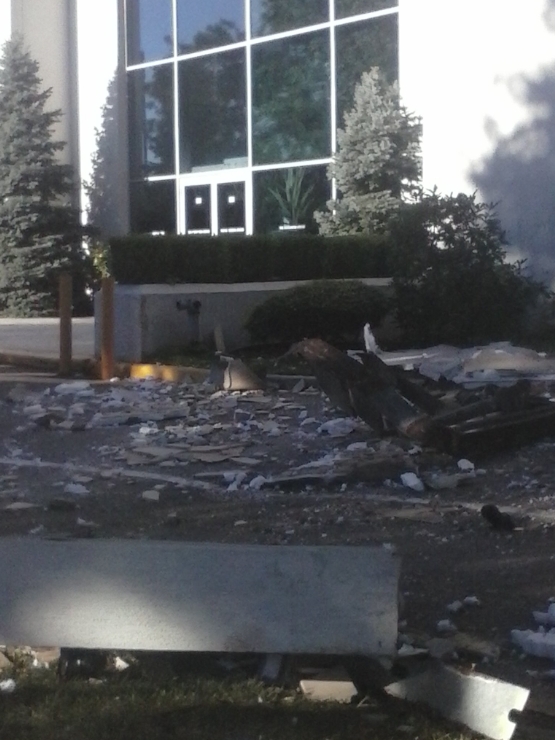 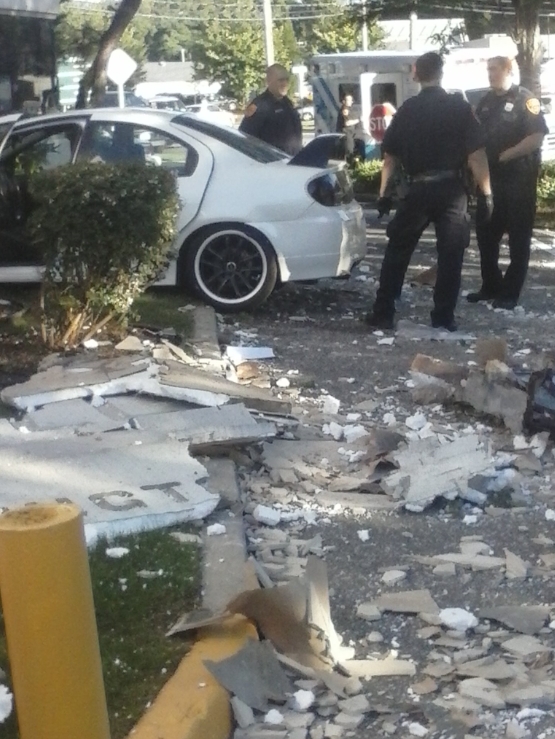 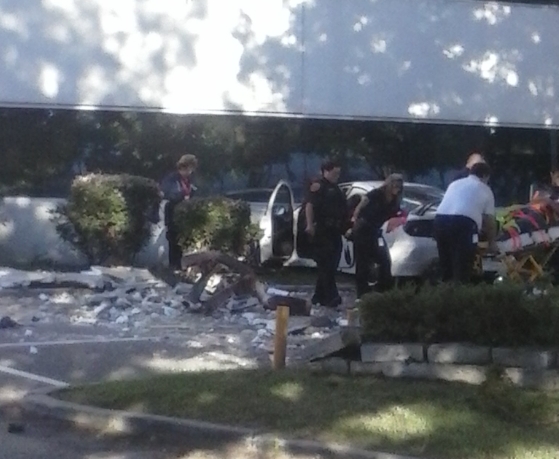