The Huntington Manor Fire Department responded to reports of a house fire on Columbia Street in Huntington Station, Tuesday night, August 13, at about 9:25 p.m. Upon the arrival of Third Assistant Chief Jon Hoffmann, a working fire was confirmed to the rear of the 2-1/2 story home which was engulfed in flames. Firefighters began an aggressive interior attack on the fire with several handlines, and had the blaze under control within 40 minutes. The Huntington Fire Department assisted at the scene with a Rapid Intervention Team, and the Greenlawn Fire Department stood by with an engine at Huntington Manor’s headquarters. The Huntington Community First Aid Squad was on the scene for EMS standby. Sixty volunteer firefighters operated at the scene with three engines, two quint ladder trucks, a heavy rescue truck and fire police, under the command of Huntington Manor Fire Chief Fred Steenson, Jr. The residents of the home were across the street at church when the fire broke out and were uninjured. The house suffered extensive damage, and the Suffolk Police Arson Squad and Huntington Town Fire Marshal are investigating. 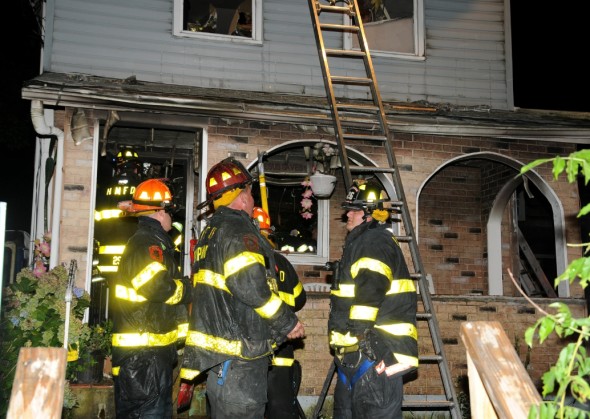 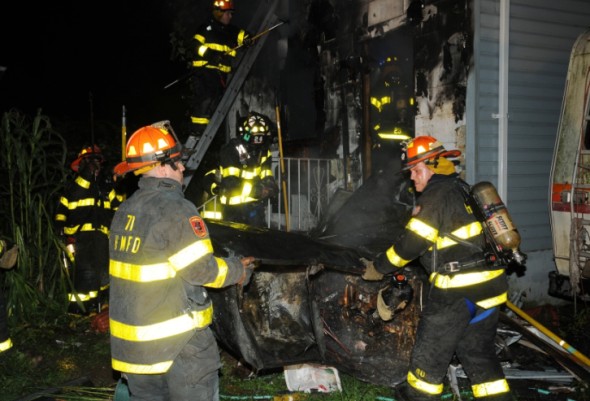 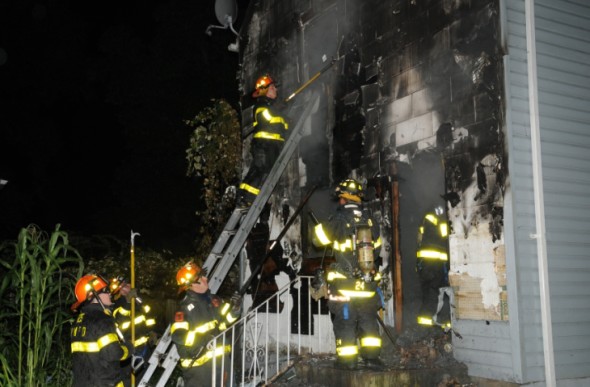 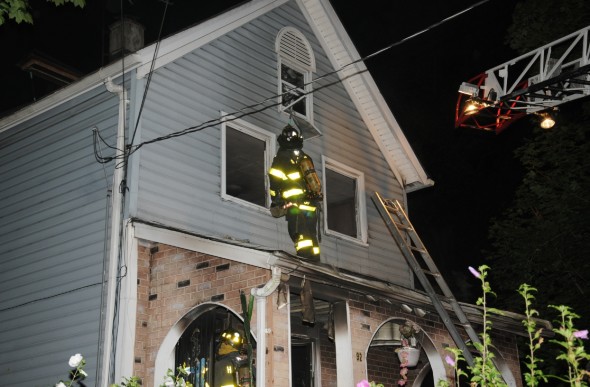