Which PATCH Will Survive? 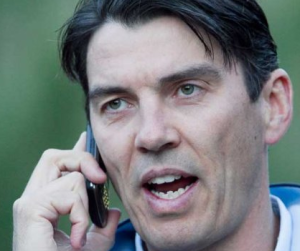 This week AOL posted its earnings and CEO Tim Armstrong had a Wall Street conference call with Stock Analysts.   (Read the Transcript here). During the call Armstrong indicated that they would be downsizing PATCH significantly.

Two days later, during a conference call that was intended to boost the morale of PATCH employees after the news of the significant downsizing, Armstrong fired a top level employee while the nearly 1000 employees listened in. “Abel, put that camera down right now. Abel, you’re fired. Out.” (audio below). With that, he paused for about 10 seconds and continued on telling the listeners that he would be closing nearly half of all the PATCH sites, without offering any explanation of the firing.

Here in Huntington Township there are 5 local PATCH sites which include Huntington, Northport, Commack, Half Hallow Hills and Kings Park.  I inquired with the Corporate Office of AOL which PATCH sites will survive but received no answer. I also attempted to get confirmation from 2 of the local Patch editors but was told no comment.

It appears that most of the Patch sites on Long Island are on the Chopping Block. Northport and Huntington have the best shot of surviving this cut for at least the short term but will face significant budget cuts.  At one time each local PATCH cost about $150,000 to operate.  That has already been cut drastically and will face additional cuts with the new plan. The information of which sites will close should be made public in the very near future.

In the wall street conference call, the PATCH sites were described as falling into 3 categories,  1/3 are profitable, another 1/3 should be able to be turned around and 1/3 that might be jettisoned.

After the dust has settled it is looking like 400 of the 1,000 sites will close or be sold.  CEO Armstrong stated in May that if the PATCH sites were not profitable by the end of 2013, he would close them.

Many in the industry have stated that the PATCH model cannot work. Their cost structure is too high and does not scale. I agree with them.  According to 10Q’s and Statements made by executives, PATCH cost approximately $160,000,000 a year to run and brings in only $34,000,000 in revenue.  With the proposed cuts, site costs will go down dramatically but so will revenue as National Advertisers will not have the numbers to continue. Depending on how the sites are combined, it may not be appealing to local businesses to advertise on the PATCH. This is a disaster any way you cut it and financially none of this makes sense.

The parent company, AOL,  has poured over $300,000,000 into local PATCH sites to get content to readers and it just isn’t working.  Many Wall Street analysts believe that another 400 sites will close in November.

Below is a link to the audio of CEO Tim Armstrong firing a top executive for taking his picture during the conference call.

Information in this article was from AOL’s Financial data, Forbes.com articles, Wall Street Journal Articles. All emails and calls to local Patch personnel and AOL Corporate office were not returned.