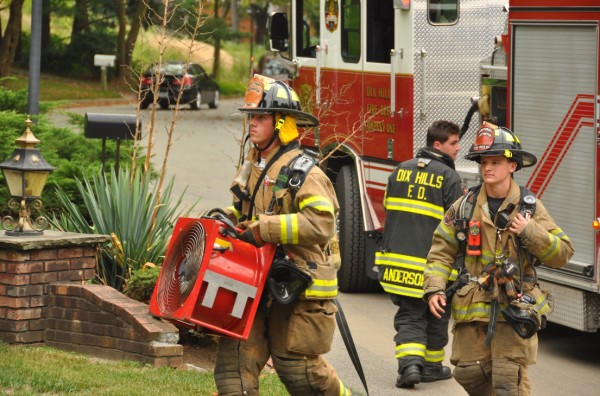 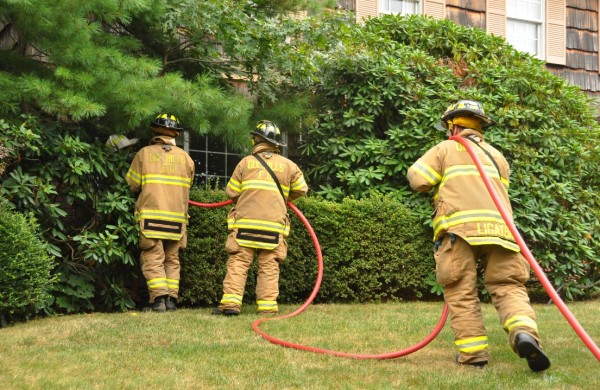 Story and photos By Steve Silverman

Seeing what he first believed to be smoke from a barbecue, a passing real estate agent took a closer look and found a brush fire blazing dangerously close to a home at Suncrest Drive in Dix Hills, Sunday afternoon, August 18, at about 3:25 p.m. Passerby Peter Demidovich of Melville banged on the front door of the home to alert the five residents, and called the Dix Hills Fire Department to respond. Three engines, an ambulance, and first responder units were dispatched to the fire with 25 firefighters and rescue personnel. The blaze was controlled within 20 minutes, under the command of Chief Tom Magno and Third Assistant Chief Alan Berkowitz. The fire involved brush and pool supplies at the side of the house, and burnt a 10×12 foot area. Firefighters used a booster line to suppress the fire, checked for extension and a set up a large fan to remove smoke from the house. The fire was possibly started by a pool heater, and there were no injuries reported. 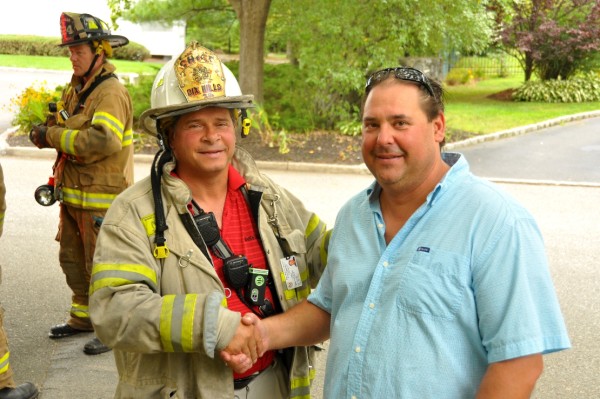 Photo above: Dix Hills Fire Chief Tom Magno with passerby Peter Demidovich of Melville who spotted the fire and alerted the residents and the Dix Hills FD.