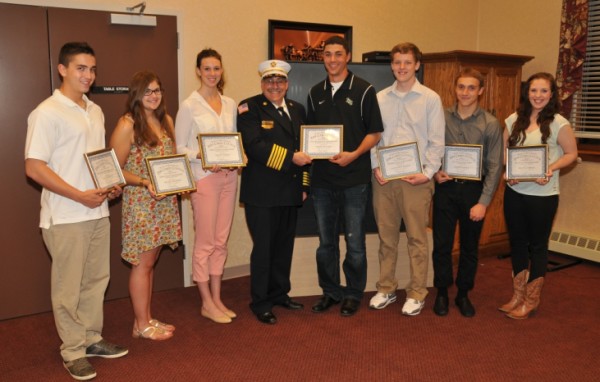 Dylan is the son of Huntington Community First Aid Squad member Gina Angevine, and is attending the John Jay College of Criminal Justice where he is majoring in Police studies.

Nicole is the daughter of Greenlawn firefighter Richard Ciafardini, and is attending Temple University and is studying Nursing.

Megan is the daughter of Centerport firefighter Bruce Waring, and is attending the University of Rochester where she is a Business major.

Daniel is the son of Commack FD Chief Peter Paccione, and is attending SUNY Farmingdale and majoring in Sports Management.

David, a former Northport Junior and son of firefighter David Lindley, is attending Virginia Tech where he is studying Construction Engineering and Management.

Joseph is a Junior in the Huntington Manor Explorers, and is studying Fire Science at Nassau Community College.

Brianna is a former Centerport Junior and daughter of Centerport FD Ex-Chief Robert Simpson. She is attending Suffolk Community College and majoring in Occupational Therapy.