Fire at Homewood Suites in Melville

The Melville Fire Department assisted by several area departments responded to a fire at the Homewood Suites Hotel on Round Swamp Road near the L.I.E. South Service Road, Saturday night, September 7, at about 7:30 p.m. The fire occurred in the kitchenette of a fourth floor suite, and was extinguished by the building’s sprinklers. The Huntington Manor, Dix Hills and Plainview fire departments assisted, with East Farmingdale FD and the Huntington Community First Aid Squad providing standby coverage at Melville’s quarters. Over 50 firefighters and EMS personnel were on the scene with ten fire/rescue trucks, under the command of Chief Michael Carrieri. About 300 people were safely evacuated from the hotel and there were no injuries reported. The Suffolk Police Arson Squad and Huntington Town Fire Marshal are investigating. 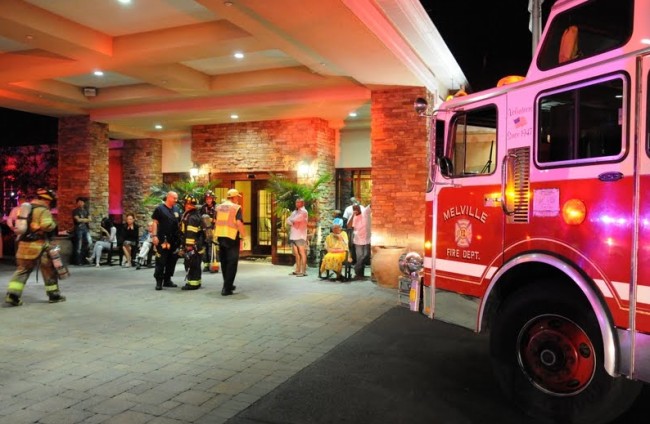 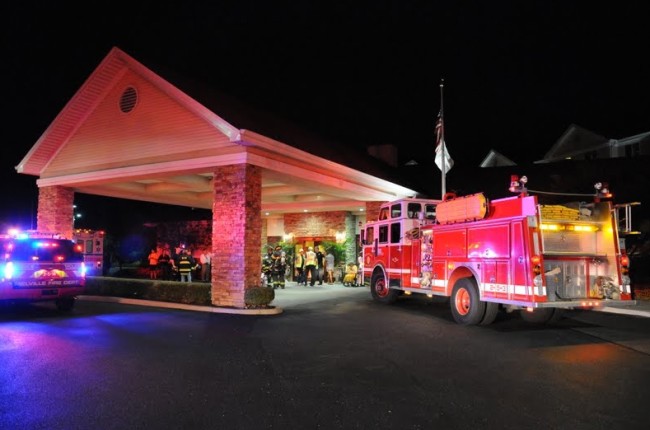 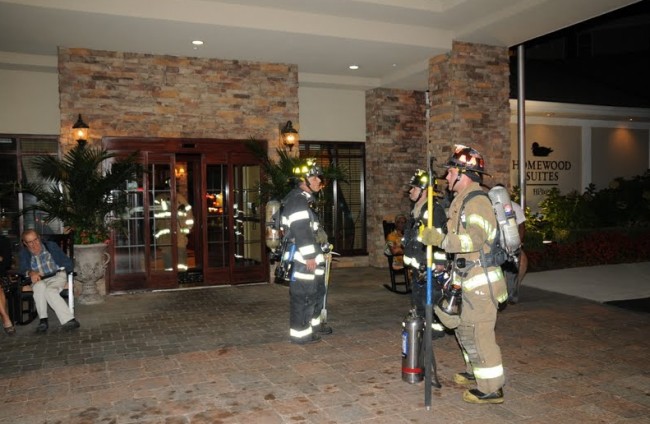