September 8, 2013 5:38 pm | Filed under: Investigations,News | Posted by: The Huntingtonian Staff 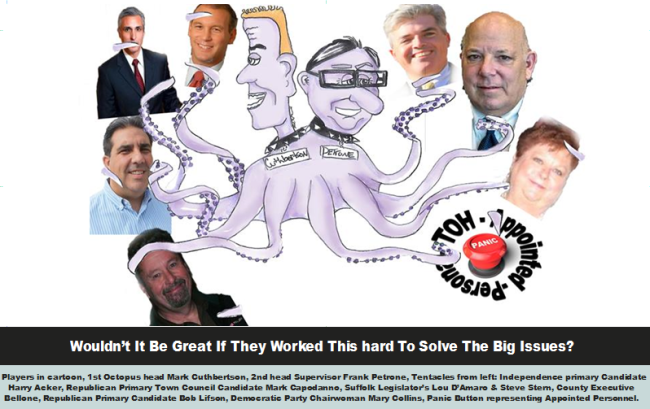 If you are unable to view this video please click here

According to the video, Cuthbertson says that he and Lifson discussed salary. Cuthbertson stated that Lifson would make $30,000 annually as attorney. The reason the town would pay him $30,000 is because Lifson also receives a state pension. When a person receives a NYS pension and at the same time that individual is employed in a municipality then said individual may not make over $30,000 from that municipality. Lifson’s town salary and pension combined would have been greater than $120,000 annually.