As they have done every September 11 since 9/11/01, the members of the Dix Hills Fire Department visited the gravesite of their Chief Terry Farrell, also a firefighter with F.D.N.Y. Rescue Company 4, who was killed along with 342 of his brother firefighters at the World Trade Center.  At the St. Patrick’s Cemetery in Huntington, Dix Hills firefighters gathered to pray and remember Terry at this twelfth anniversary of 9/11. Chief Tom Magno and Company Two Captain Brett Tepe welcomed the department and guests, which was followed by a prayer from Ex-Chief and Commissioner Phil Tepe. After some quiet reflection, one by one, the firefighters placed flowers at Terry’s grave and remembered his friendship and dedication as a firefighter. 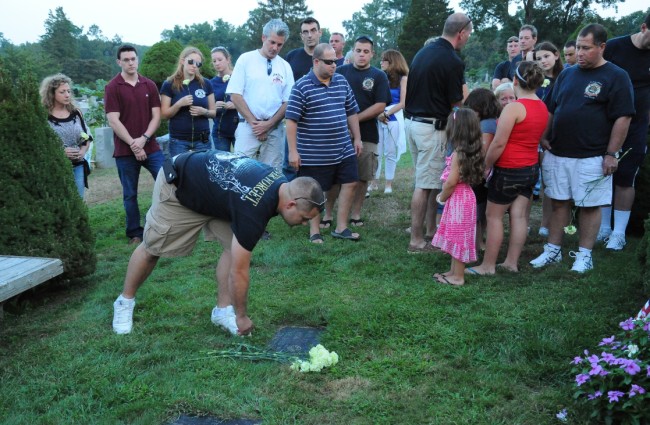 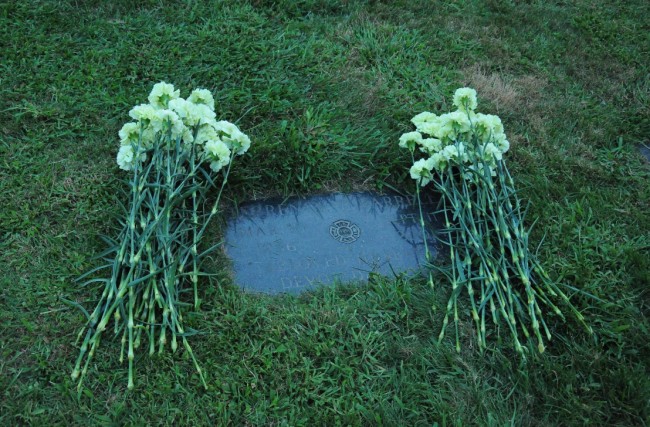 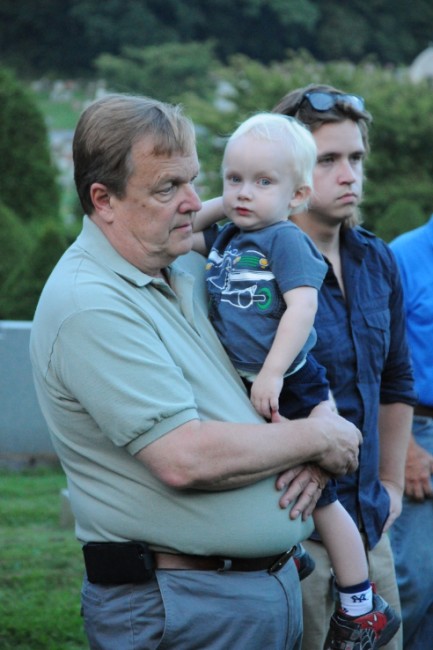 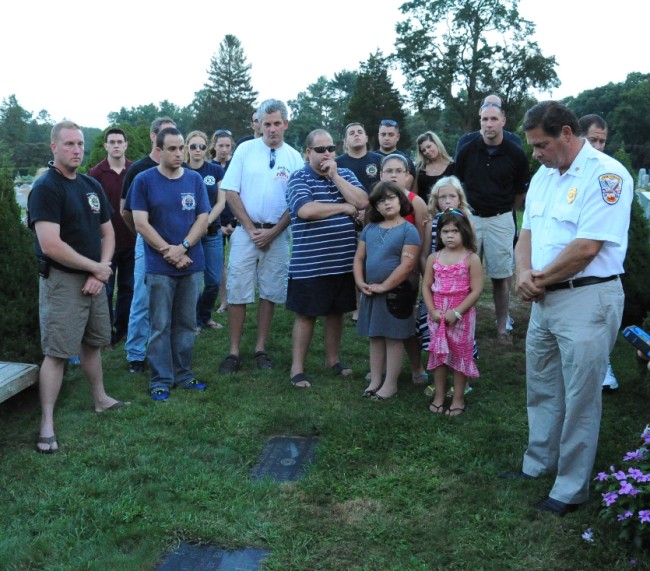