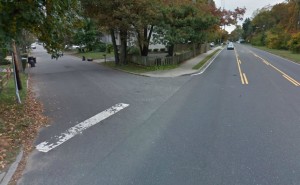 Angela Kulewicz was driving a 2007 Honda southbound on Park Avenue when she attempted to make a left turn onto Croley Avenue and lost control of the vehicle, which struck a fence and a tree at approximately 4:35 a.m. Kulewicz, 22, of Pine Hollow Lane, was pronounced dead at the scene by a physician assistant from the Office of the Suffolk County Medical Examiner.

Detectives are asking anyone with information on this crash to call the Second Squad at 631-852-8252.