Volunteers from the Huntington Manor Fire Department and Huntington Community First Aid Squad responded to a crash after a van overturned on Beverly Road near Foxhurst Road in South Huntington, Friday night, September 27, at around 8:30 p.m. The driver suffered non-life threatening injuries and was transported to Huntington Hospital by Huntington Community ambulance. About 20 Huntington Manor firefighters were dispatched with an engine and heavy rescue truck, under the command of Chief Fred Steenson, Jr., and Assistant Chiefs Frank McQuade, Mike DePasquale and Jon Hoffmann. Firefighters secured the vehicle and applied an absorbent for a fuel spill. Suffolk Police units were also on the scene. 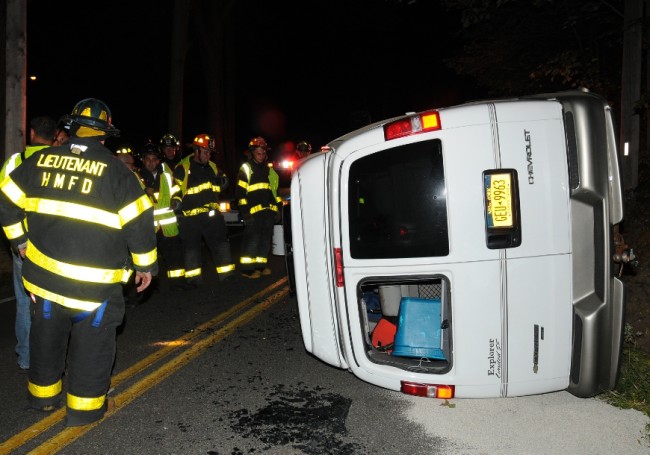 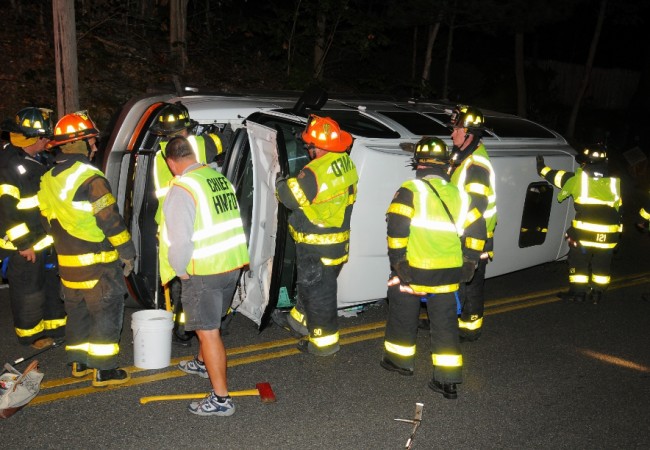 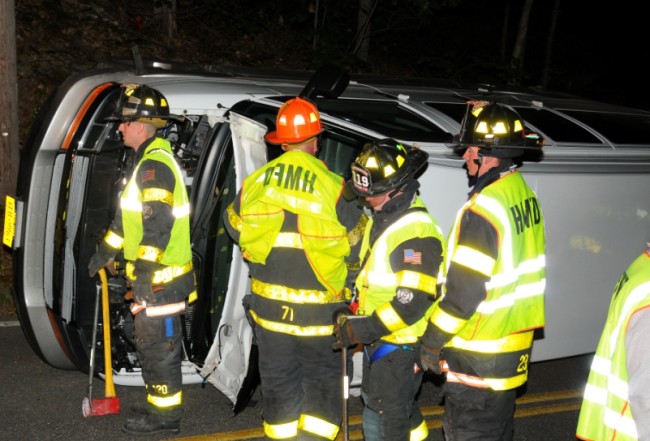