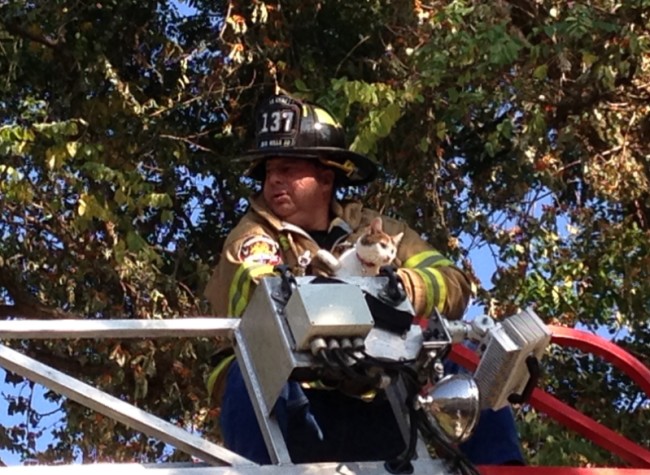 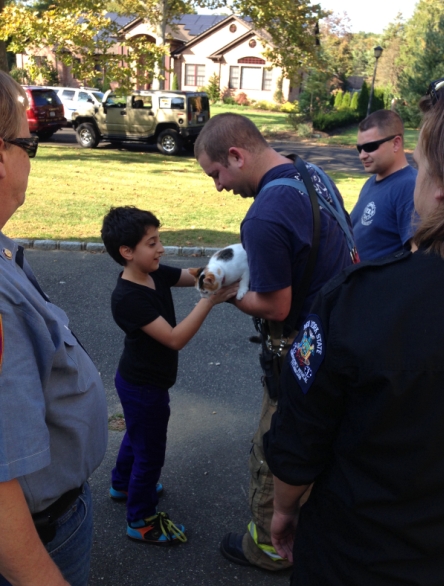 The Dix Hills Fire Department came to the rescue of a cat stuck about 40-feet up a tree on Branwood Drive, Wednesday, October 2.  The drama began  when a dog came into the house and scared the four-month-old cat that fled outside and up into the tree. Unable to coax the cat down, the family called the Dix Hills Fire Department for assistance. Second Assistant Chief Tom Napolitano and Captain Brett Tepe responded to assess the situation. It was determined that the safest way to remove the cat was to use the department’s aerial ladder truck.  After the truck was placed into position, Ex-Chief and Commissioner Larry Feld climbed the ladder and grabbed the cat. The cat was in good condition and reunited with its family including a young boy who celebrated his birthday today.