A crowd gathered on October 5, 2013, to dedicate a portion of New York Avenue in honor of the late Assemblyman James D. Conte. The dedication ceremony was held at the intersection of New York Ave & Elm Street in the village of Huntington.

Conte represented the Town of Huntington and surrounding areas in the Assembly for 24 years before his death in 2012. The bill received a standing ovation when it passed the Assembly in June.

Assemblyman Chad Lupinacci, Assemblyman Andrew Raia, Sen. Carl Marcellino and Sen. John Flanagan spoke of their fond memories of Mr. Conte. They remembered how he fought for his constituents and that he was a good family man.  They also spoke about how passionately he felt about giving life through organ donation.

His brother Rob Conte spoke on behalf of the family. “I want to thank all of you for being here because it shows the connection we all have to this town,” said Rob Conte. He wanted to remind everyone about the importance of organ donation. “Without a kidney donor Jim would never have been able to have a 24 year career in the Assembly.” He continued, “My brother would have been very honored.” 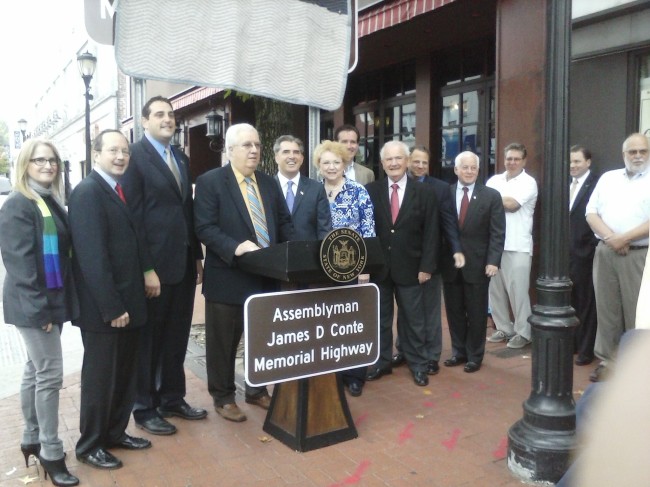 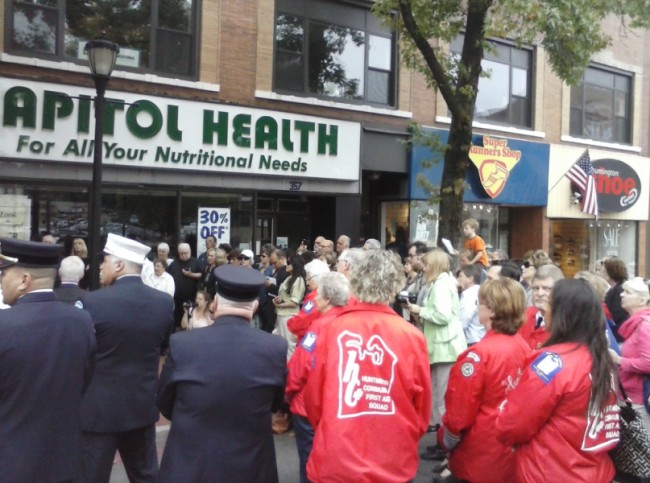 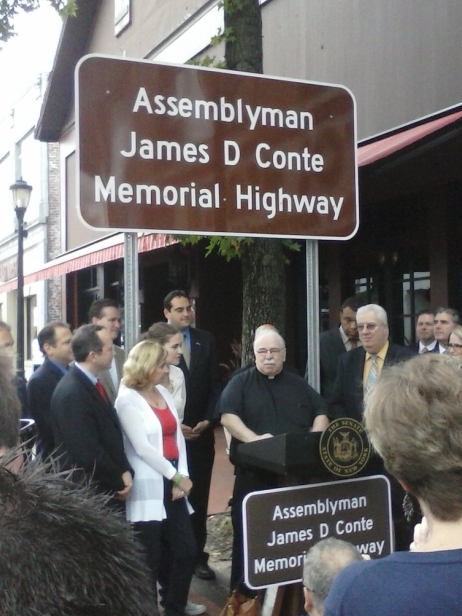 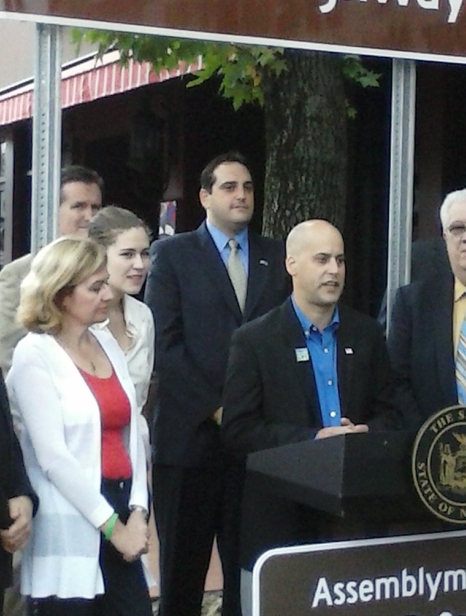