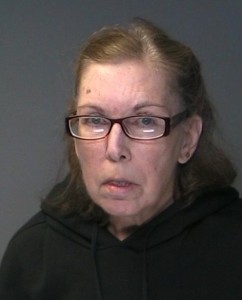 On Friday, October 4, 2013 at approximately 5:25 p.m. a woman entered Stat Script Pharmacy located at 1800 New York Ave. in Huntington Station. She passed a note to the clerk at the pharmacy counter and demanded narcotic drugs. The clerk and the pharmacist complied with Alfani’s demands, and she fled on foot. No one was injured.

A short time later, Second Precinct patrol officers located the woman in Huntington Station and she was placed under arrest. She was identified as Tina Alfani, 55, of Hickory Place, Huntington Station.  She was charged with Robbery 3rd Degree, Criminal Possession of a Controlled Substance 7th Degree and Tampering with Physical Evidence.

Alfani is scheduled to be arraigned at First District Court in Central Islip on October 5.

The investigation is continuing. Detectives are asking anyone with information to contact the Second Squad at 631-854-8252 or call anonymously to Crime Stoppers at 1-800-220-TIPS. All calls will be kept confidential.