Editorial: Will The “Real Democrats” Please Stand Up? 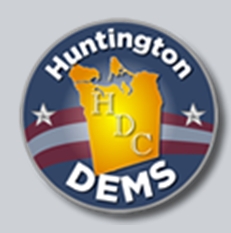 Hello Huntington Democrats?  Where are you?  We are talking to the real Democrats.  The ones who care about the poor, the ones who want to give a hand up to those less fortunate.  Those who want to save the planet.  We used to see you hugging trees before the people you elected chopped them all down.

Why did you let special interest groups and builders & developers take over your party?  Just because they said they were doing it in the name of affordable housing? Come on, you know better than that.  You are the scholars and professors.

We know it’s painful for you to pull a lever for an R.  But if you really look closely, there are no R’s, there are no D’s in Huntington.  There are two basic groups.  Team A, with the figure heads Frank Petrone, Mark Cuthbertson and Susan Berland.  And there is team B, made up of the good guys, the common sense people and those that are horrified by what has been going on in this town for about 2 decades.  There are plenty of registered D’s and R’s in both groups.

Team A has endless funds from Lawyers, Special Interest, and builders who stand to lose a lot of money if team B takes over.

So before you go to the polls, ask yourself this question: Do the values of Cuthbertson, Petrone amd Berland match mine?  If you are a real Democrat, you will find that you do not have much in common with these folks.

If you had to cut the pay of blue collar workers and make them pay more money into their medical, would you give yourself a raise at the same time?  That is exactly what happened at a recent Town Hall meeting.

Would you allow slumlords to collect millions on your watch and let children live in unsafe housing?

Would you take money away from school districts by removing property after property from the tax rolls?

Would you support segregation by concentrating all the low income, affordable housing into one small area of town?

Would you spend $1,900,000 annually on outside attorneys, many of whom are your friends, and then cut the director of Minority Affairs position and take funding away from youth programs that are meant to serve at risk kids?

If you are a “Real Democrat” you would not do any of these things.

It is time that you stood up and recognized what is going on in your Town Hall. In Huntington, your party has been taken over by people who sustain power by pretending they stand for the same principles as you, but their actions show differently.

As a “real Democrat” don’t you want candidates to run on the Democratic ticket that represent your views and values. As long as you are stuck with Petrone, Cuthbertson and Berland, that will never happen. If you are a real Democrat, you need to send a message to the party heads that you want and deserve better than what they have given you.

One Response to Editorial: Will The “Real Democrats” Please Stand Up?