Greenlawn Fire Department volunteers responded to a two-car collision on Broadway near Croley Street, Saturday evening, October 26. The crash involved a classic 1966 Chevy Impala and a Nissan sedan. One occupant from each vehicle suffered non-life-threatening injuries, and both were transported to Huntington Hospital by the Greenlawn Rescue Squad. About 20 firefighters and EMS personnel were on the scene with a heavy rescue truck and two ambulances, under the command of Assistant Chiefs Kurt Allen and Mike Zeis. Broadway was closed in the vicinity of the crash until the cars were removed from the roadway. 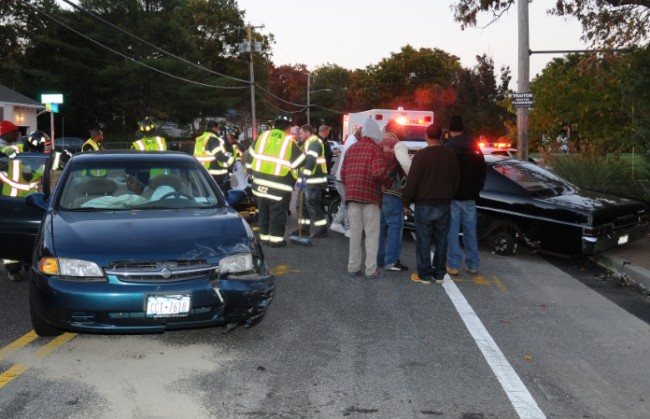 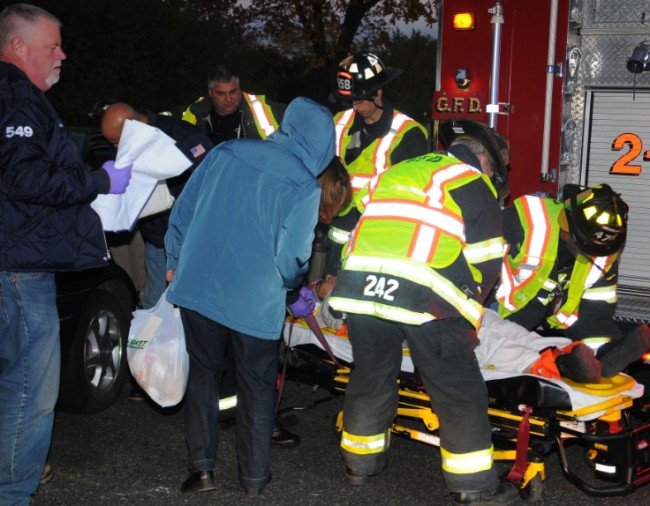