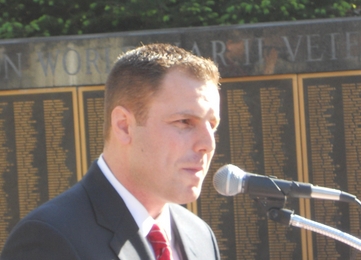 The Greater Huntington Civic Group, Inc. is appalled at the inundation of negative campaign advertisements in print and on television that have been flooding residents’ homes prior to Election Day. The Group is calling for an immediate end to the barrage of misleading sound bites and personal attacks because such “outrageous mudslinging” does not properly serve the constituency of Huntington Town.

“Shame on those who choose to run on rhetoric and not their record,” said Steven Spucces, president of the Greater Huntington Civic Group. “The smear campaigns, primarily focused on the Town Supervisor Race and funded by the New York State Democratic Committee and ‘Friends of Frank Petrone’, are filled with personal attacks and outright lies. These irresponsible tactics do not bring together the community to discuss the real issues facing Huntington Town; instead, it tears our community apart. This outrageous mudslinging has to stop!”

In an effort to counteract the onslaught of negative campaigning and re-focus the discourse on key topics of citizen concern, the Greater Huntington Civic Group has posted candidates’ positions on a number of issues on its website at greaterhuntingtoncivicgroup.com.

The Greater Huntington Civic Group Inc., a nonpartisan organization, was formed to support any and all endeavors that strive to create a better quality of life for all who live and work in the Township of Huntington.