November 10, 2013 5:06 am | Filed under: Around Town,News,South Huntington Union Free School District | Posted by: The Huntingtonian

In the South Huntington School District Walt Whitman’s African American Heritage Club went to Harlem, NY, and did a walking tour of sites of the Harlem Renaissance. The Whitman club and their advisor, Ms. Cynthia Quinlan, are working with the Harlem Renaissance theme this year for the Black History program in February. With that in mind, Ms. Quinlan thought it would be a great idea to learn first-hand about the Harlem Renaissance with a guided tour through the historic area.

Harlem Heritage Tours and their charismatic owner/guide Neil Shoemaker took the Whitman group back to the 1920s Harlem for an experience they will not soon forget. “Twenty-two students traveled with me as we walked to the site where Marcus Garvey spoke to Harlemites about his ‘Back to Africa’ movement,” said Ms. Quinlan. “We saw where the Savoy and the Cotton Club rose to prominence by showcasing music and dancing from greats like Ella Fitzgerald, Duke Ellington, and Cab Calloway. We saw the site of the Log Cabin, a speakeasy where Billie Holiday first sang, before we ended up at the Apollo, where legendary acts where discovered and performed.”

“I liked seeing the Apollo theater,” said student Destinee Felder. “I learned some new history and had fun.” Of course, there is nothing like some authentic soul food to help enhance all the great history the students we taking in. So a stop at Manna’s before the journey home was in order. 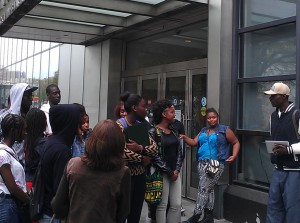 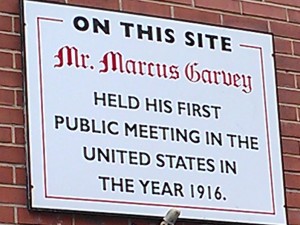